A Nickel for a Bottle: Surviving off of Cans and Bottles 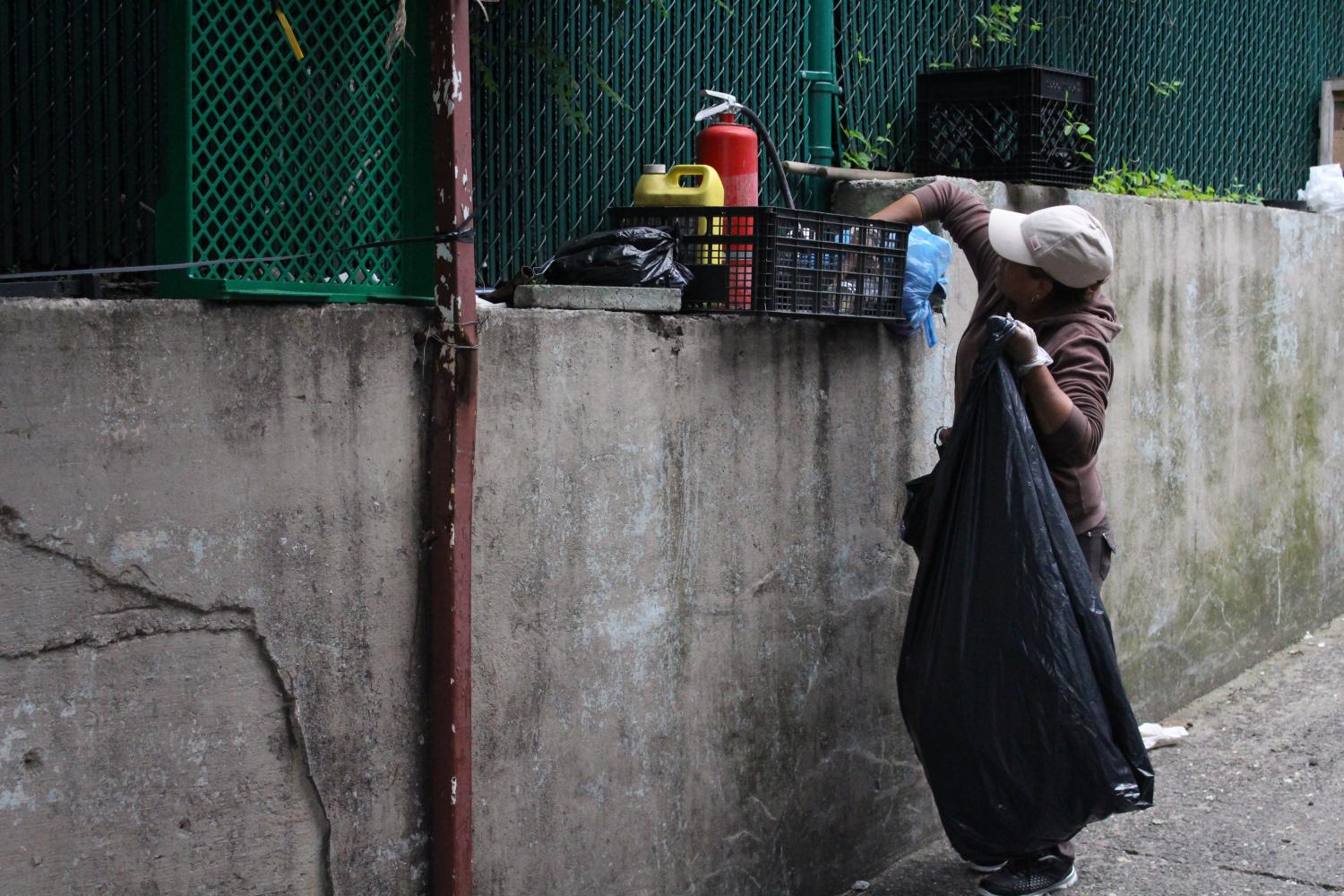 The faint sound of rattling glass bottles and wind inflated plastic bags infuse the dewy, chilly aura as two silhouettes speed down a silent, slanted street. Both women come to an abrupt end when one of them walks toward a sole black milk crate sitting on a cement wall. Tiptoeing, she grabs each can one by one.

On July 1, 1983, New York became one of only ten states to pass the New York State Returnable Container Act, nicknamed the “Bottle Bill”. The Bottle Bill requires retailers to pay five cents per beverage container- water bottles, soft drinks, energy drinks, etc-to the original distributors. Consumers can then redeem each bottle for five cents at a recycling center. The bill has led to about 70 to 80 percent redemption rates and beverage container litter has decreased by 75 percent. This success has been generally generated by people, known as canners, who collects cans and bottles as a mean for survival, like Ermenia Silva.

Silva, a former housewife and current single mother, has made this occupation her only source of income to pay for her living expenses and other necessities. After her husband left her and her daughter, she had to take matters into her own hands and find a job. However, her limited English knowledge and lack of job experience has made it difficult to acquire a decent job that pays adequately and is flexible enough for her. The insufficient amount of opportunities has caused her to make a variety of sacrifices.

“I wake up at around 4 – 5 am to go to work,” Silva said. “Sometimes I get up even earlier. If I don’t, there’s going to be nothing left for me to collect by the time I get there.”

Silva meets up with Susana Rivera, another canner, at around 5  am to cover more land at a faster rate. They speed walk down the streets, checking each houses’ recycling bins, only to find one or two bottles at a time.

“It’s hard to find anything most of the time, especially when it’s still dark outside,” Ms. Silva said. “There’s nothing we can do besides keep searching for hours until our bags fill up.”

While walking, they come across another canner, an older woman.  The woman notices them and quickly glances a dirty look along with a sudden burst of profanity. The limited quantity of redeemable containers leads to a rise in competition amongst other canners, frequently resulting in verbal fights erupting.

“There’s always other people who get mad at us because they say that it’s their area,” Rivera said. “They insult us every time they see us with harsh, hurtful phrases. I simply respond that it doesn’t belong to them, it’s a public street.”

At around 9 am, they make their last stop to the front of a building, where they patiently wait for some men who take out the trash. Routinely walking around the same neighborhood has allowed for friendships to flourish with others; several of them often reserve the bottles only for them.

“Some people think we are dirty and lazy people. But this isn’t true, ” Rivera said. “Others are more open minded and friendly, they often give us easy access to the bottles or save it for us. They respect us as they would any other person.”

After hours of walking, they go to the recycling centers. Here they meet up with other friends and talk, all while helping one another finish. At around 2 pm they all head back home to relax, however, Silva rushes home to prepare a home cooked meal to welcome her daughter, Stephanie, who will promptly return from school.

“I don’t care how much I have to work if it means providing my daughter a good life and giving her opportunities to grow,” Silva said. “Even if people look down upon me, I will continue to do this. I’m just trying to survive, like everybody else, on a humble job.”