Beauty and the Beast: A Childhood Returns or the End of Disney Magic? 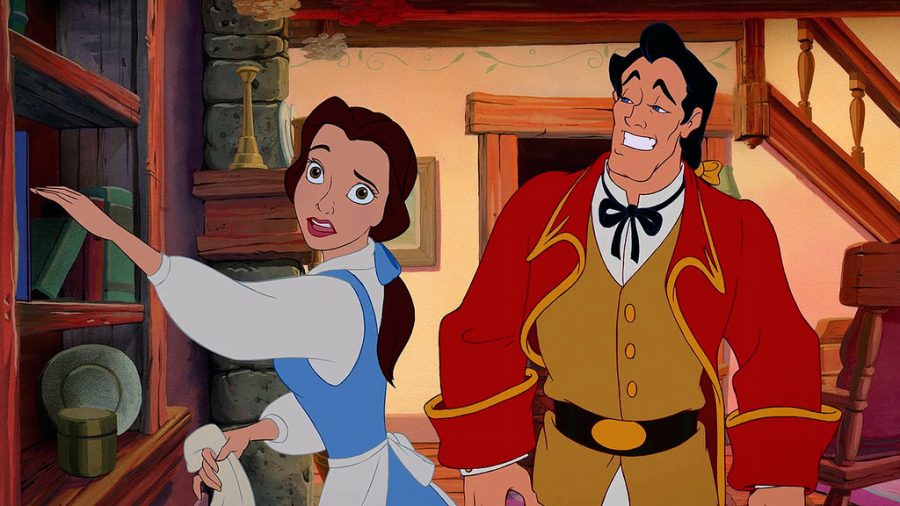 We spent our childhoods saving the world and waltzing across fantastic ballrooms with our favorite superheroes and Disney princesses. We fought villain after villain, dreamt of castles sitting atop of high cliffs, its towers tinted orange basking in the glowing sunset, and dived underwater with the little mermaid to scavenge for treasures hidden in haunted shipwrecks.

In 2010, the first remake of a traditional Disney movie took form in the visually stunning and humorous modern rendition of Alice in Wonderland. It started the movement of remakes for other renowned Disney classics such as Sleeping Beauty, transformed into Maleficent, Cinderella, and most recently, Beauty and the Beast. Topping the charts as number one for most grossing movie in 2017, anticipating viewers held high expectations for the exciting return of dark magic and a love that cures all. However, the answer to the question of whether or not this real-life embodiment of an extraordinary tale was able to elicit the same or even more awe and wonder from its audience is a disappointing one.

Disney princesses were iconic of the 20th and 21st centuries, and we remember a youth overflowing with legacies left by the stories of kind Cinderella and gentle Snow White who taught us to love and forgive, of the brave and strong Lion King who taught us patience and the power of friendship, and of courageous Mulan and loyal Belle who showed us the magic of love, strength, and bravery. These legacies are now carried on by real-life actors and actresses whose goals are to continue to wow their audience of both children and adults with memorable performances, and also to ensure that the magic Walt Disney fathered in the 1920’s lives on in all believers’ hearts.

One aspect of the movie that fell below expectations was its plot, and the overall journey of the storyline. While previous remakes of other Disney films had been released with a modern day twist to the story, the new “Beauty and the Beast” had an almost identical storyline to its film origin, which gave the movie a slow start and a weak climax. In the beginning of the movie, we see a girl walking through an unnaturally setup town that resembled the backdrop of a play, and we only begin to ease into the setting when the music of the original movie is played.  However, even these songs and scenes performed are lacking the energy and buzz of a bustling town.

As Belle trods through crowds of people who are directed to move about in a uniform manner, the entire scene is too stiff and seems unreal and, naturally, boring. As the story unfolds, we are provided with elaborately edited visuals–edited visuals that look fake, losing the magical setting of a truly enchanted castle. The aesthetic appeal of the movie is essential in capturing the wonders of a small, colourful town and a dark, towering castle neglected for decades. If the director had intended to keep the plot the same as the original movie, then the original designs of character settings should have been preserved to effectively capture the mysteriousness and splendor of grand dining halls, fancy bedrooms, and a dimly lit, heaven-like ballroom.

In addition to an incomplete presentation of the castle’s beauty, the liveliness of the enchanted characters, and the overall energy and portrayal of each individual character also lacked in quality, specifically with the Beast and Belle. While Emma Watson was the perfect Hermione in the Harry Potter series–intelligent, brave, and hot-spirited– she lacked the youth and adventurous fervor in this latest movie, and the same goes for the Beast. One of the biggest disappointments of Dan Stevens’ acting and more so of Bill Condon’s directing was the absence of a fully developed beast’s “bad side”, a contemptuous character who is ill-tempered, rude, and unkind. Instead, the Beast in the film has a very watered down temper, and in general, his character is softer in the beginning than in the original film, which subtracts from the appeal and the dynamity of this character’s transition from bad beast to gentle and loving prince. There were instances where the Beast in the filmed tried to portray this “bad side”, such as the scene where the Beast dragged Belle’s father out of the dungeons, or when he threw a rage at Belle visiting his castle wing uninvited. However, the Beast’s wrath and tantrums should have been more exaggerated. This should be a huge turn-down in watching this movie because the story of Belle and the Beast is centered around this idea of love turning a beast into a human.

While Belle and the Beast lacked the spirit of their original players in the first film, other characters did manage to reemerge with familiar gusto, particularly that of Gaston and LeFou’s. Luke Evans was able to deliver the shallow, arrogant, and evil character of Gaston, and showed the audience how narcissism and a condescending attitude will only bring a man downhill. The hatred Gaston felt towards the beast was thoroughly felt when he aimed his gun at the beast’s heart, and his mercilessness was unpitied when he fell to his death because the audience will never forget how he had tried to kill Belle’s father by leaving him tied up in wolf-infested woods. Lefou played the role of a weak and hopeless underdog of Gaston, whose feeble attempts to convince Gaston to let Belle’s father live, and his obligation to defend Gaston when Belle’s father returned to the town unharmed, claiming Gaston guilty of attempted murder, ultimately helps establish the dominance ruthless Gaston had over him and most of the townspeople.

While the enchanted objects of the castle lacked the liveliness of their original appearance in the original movie, they were able to create one of the few dazzling and aesthetically powerful scenes in the film. The dinner scene lead by risk-taking Lumiere and the eager kitchen utensils was outstanding in terms of music and lyrics, which were all from the original, and will take away your breath as bewitched objects danced away in intricately designed and delightfully animated mosaics of pattern and color. Unfortunately, this dinner performance would be one of the very few satisfying scenes of the movie that entices the audience to reminisce the nostalgia of a tale as old as time. While the audience may find themselves sighing in remembrance of a story they watched and rewatched as little girls and boys, it would be hard not to be disappointed in this modern attempt to bring back into time a classic such as Beauty and the Beast. The original movie has already put its watchers under a an unbroken spell; the enchanted tale is one worth retelling, but can never be remade.