A Quick Bite in the Nick of Time 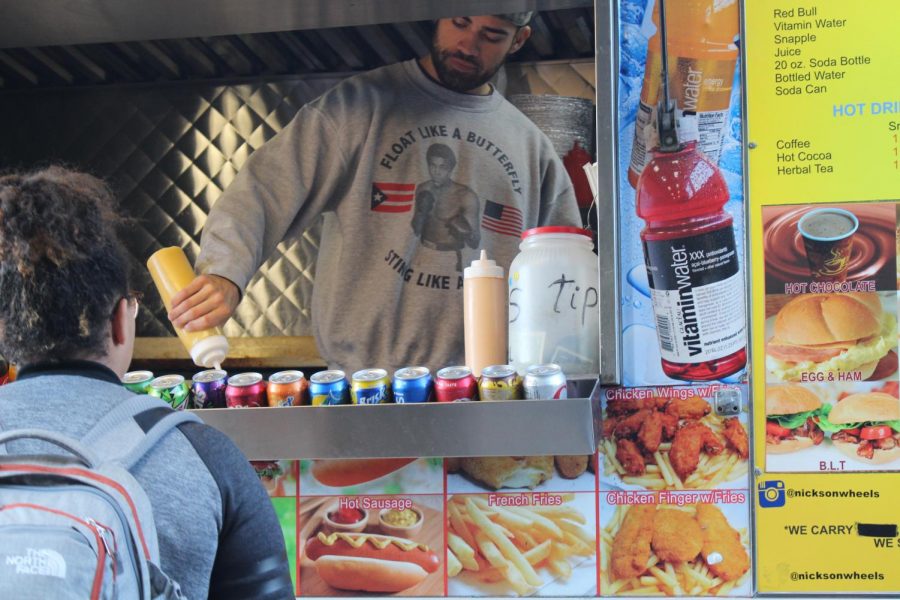 As students at Francis Lewis High School exit the building following dismissal, crowds begin to form around Nick’s Food Truck, less than one block away. The smell of fried food fills the air around the truck. The workers quickly take orders from student after student, while many others wait for their order to be ready.

Nick’s Food truck, owned by Nick Katsigeras, has been running next to Francis Lewis for five years and counting. They provide breakfast and lunch until 4 pm on weekdays. With its close proximity to the school, Nick’s is relatively popular among students and staff of Francis Lewis.

“It’s really close to the school,” says junior Olivia St Hill. “They give us easy access to edible food compared to what they give in the school, which is inedible.”

The community around the school has some local food options ranging from Arby’s to Mike’s Pizza to the Tea Shop and Bakery. Nick’s, however, is popular for its relatively low food prices and range of food.

“The majority of [restaurants] are pretty expensive, like you have to come with at least ten dollars in your pocket,” says junior Anaiyah Smith. “But Nick’s is more of an affordable price for food, so that’s why I tend to go to Nick’s.”

Nick offers some insight on what it’s like to work near Francis Lewis, serving both students and staff everyday.