Opinion: Shall We Pledge? 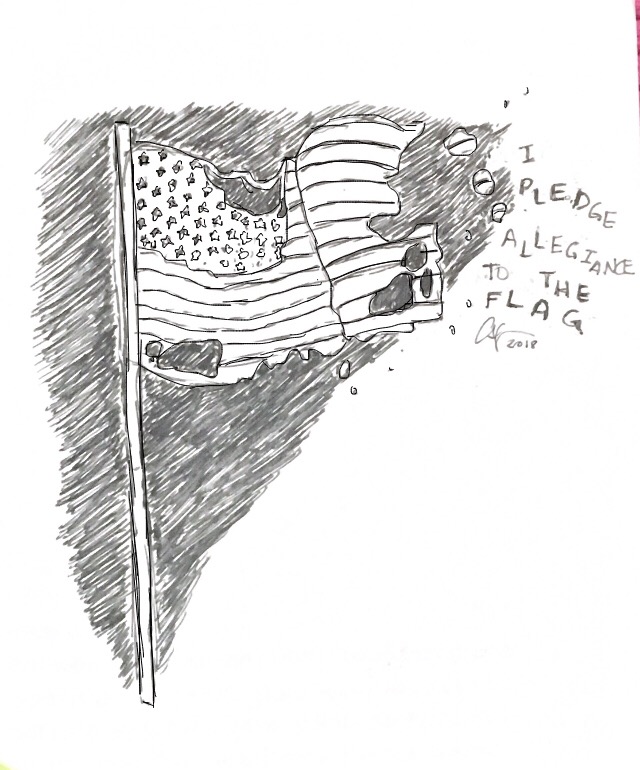 The Pledge of Allegiance was not written for the US government to enforce but to promote unity and patriotism. Minister Francis Bellamy wrote the pledge in 1892 to celebrate the 400th anniversary of Christopher Columbus’ arrival in the Americas. Bellamy also wanted to write the pledge to maintain unity considering the Civil War 25 years earlier. His pledge first recited at Columbus Day ceremonies that year. It was then adopted nationwide in 1942 by the US Congress.  The American flag is hung in many public school classrooms to symbolize the country.

The pledge is also a way of showing respect to those who served in the military. From local communities to the White House, citizens pledge to the flag to pay patronage to the ones who lost their lives for the nation. The flag became a symbol for those who served in the US as they themselves have served for the flag. People like White House Chief of Staff John Kelly, who lost his son to a bomb blast in Afghanistan, have emphasized the importance of standing for the flag to remember them. It’s law for members of the armed forces to salute military personnel and veterans when they are present during a recitement of the national anthem or any other national flag-related event under the National Defense Authorization Act of 2008.

However, I think we should stand and recite for the Pledge of Allegiance in schools.  It celebrates Columbus’ arrival in the Americas, promotes unity, and it is used to honor those who have served in the military.  I’m an immigrant who wants to show respect to the free country I grew up in for most of my life.