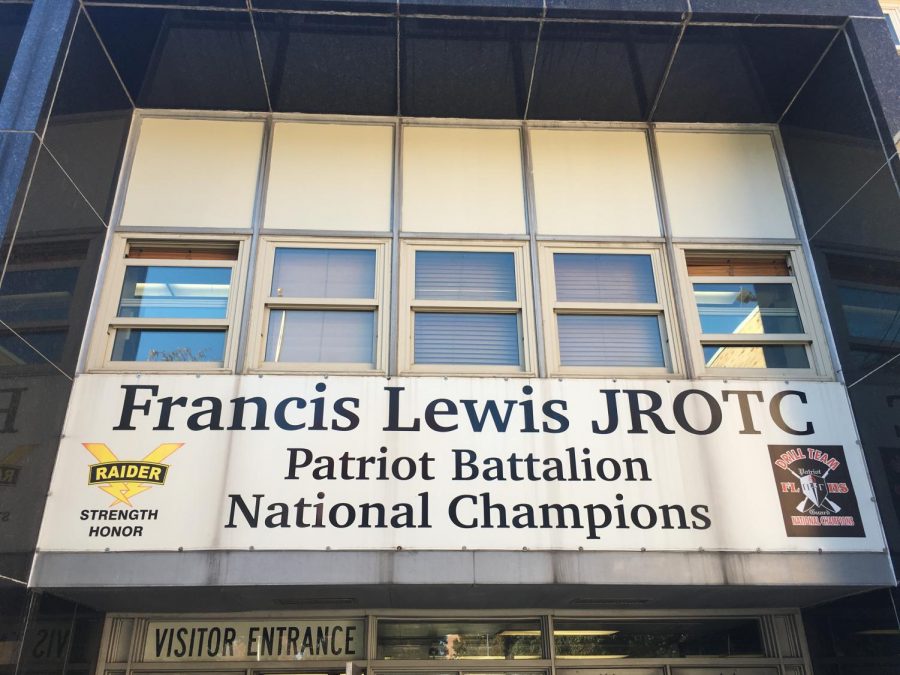 Principal Dr. Marmor suspended the JROTC Raiders program following allegations that a Francis Lewis student was assaulted during a school trip with the Francis Lewis Raiders team during April 2018. According to three JROTC students who wish to remain anonymous, the victim was held down by two older Francis Lewis students and ironed on his behind. The incident took place at the Hilton Garden Inn of Westampton Township, New Jersey. The two JROTC student cadets who were accused of the crime are under a superintendent suspension.

“An allegation was made that during an overnight trip, last school year with the JROTC Raiders, there was inappropriate behavior by some of our students,” said Dr. Marmor in a prepared statement released via email on October 11. “The matter is currently under investigation by the NJ Police Department and by the NYCDOE. Pending the outcome of the investigations, all Raider activities have been suspended. We will not be planning, organizing or practicing for any upcoming Raider competitions.”

Multiple anonymous sources stated this was connected to a yearly ritual among male team members, where older Raiders would “haze” younger recruits, including forcing students to do push ups or even shave their heads. However, the sources stated past yearly rituals did not include violence of this magnitude.

“This year they took their ritual too far,” stated one student who wished to remain anonymous. “[The victim] is scarred physically and emotionally.”

The incident is currently being investigated by the Westampton Township Police Department in New Jersey. Detective Linda Chieffalo, who is investigating the case, and Chief Stephen Ent did not respond to multiple interview requests by Francis Lewis News.

Dr. Marmor and Senior Army Instructor Lieutenant Colonel Lahood could also not comment on the specifics of the allegations made.

“Right now, it’s still under investigation,” said Lieut. Col. Lahood. “It’s still an allegation which may or may not be true. To speculate would be presuming guilty without proof.”

While Dr. Marmor praised the Raiders program, he was not able to make a determination on the program’s future.

“The Raiders are outstanding members in our community,” said Dr. Marmor. “However, our students’ safety is my number one priority. We will assess the program and the safety of the program at the outcome of the investigation. I’m going to finish my investigation, and then I’m going to make a determination on what to do about the Raider program. I will announce to the school community what is going to happen.”

The Junior Reserve Officer’s Training Corps (JROTC) is a program that teaches students or cadets in responsibility and discipline by combining academic learning with military training. Raiders is an elite program within the JROTC that allows cadets to train in personal fitness and strength and participate in athletic competitions.