Opinion: The Push to Legalize Marijuana in New York 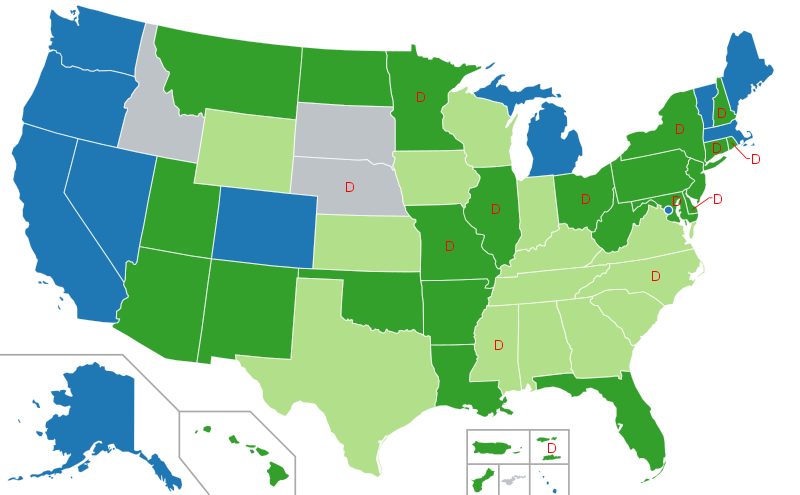 While other states move to legalize marijuana for recreational use, New York only allows medical marijuana for “severe, debilitating or life-threatening conditions” according to the New York State Department of Health (NYSDOH). In fact, marijuana is still considered a Schedule I substance in New York, meaning that it has a high potential for abuse and has little medical value. However, on January 15, Governor Cuomo revealed his plan to legalize marijuana for recreational use in New York, sparking massive debates about the potential effects it may have on the state. The effects of doing so can only be predicted based on other states and their experiences, still it’s time for New York to legalize recreational marijuana and end its criminalization.

During the 1960s, Richard Nixon declared a “War on Drugs,” claiming that drug abuse was the “public enemy number one in the United States.” As the size of federal drug control agencies rapidly grew, so did the arrests and incarceration rates of mainly young Black and Hispanic men over the illegal possession of marijuana. The disproportionate targeting is still prevalent today, including in New York City. In a report by the New York State Division of Criminal Justice Services, 86 percent of people arrested for possession of marijuana in the fifth degree were mostly either Black (48%) or Hispanic (38%), compared to only nine percent Whites.

Being arrested and convicted for possession of marijuana can have detrimental long-term effects, which can potentially ruin a person’s future. For instance, a marijuana conviction can result in the revocation of professional licenses, deportation, increase in poverty, less educational and employment opportunities, and the loss of the ability to participate in jury service, according to a report published by the Berkeley Journal of Criminal Law. By legalizing marijuana for recreational use, it would be putting an end to the failed effort to diminish its use, while most importantly stopping the disproportionate targeting of young Black and Hispanic men.

Some people argue that legalizing marijuana is only going to make it more readily accessible to teenagers, thus negatively affecting their lives. However, criminalizing marijuana ends up having exactly that effect on the youth. Minors who are caught with marijuana end up facing legal repercussions that hurts their criminal record for a simple wrongdoing  and are deemed criminals in society. No person should have opportunities stripped away from them because of a poor mistake that doesn’t necessarily harm others. Acting out of impulse without reasoning or even giving into peer pressure are common reasons as to why teenagers may smoke it without realizing the repercussions. Although minors shouldn’t be smoking marijuana, if they are caught, they should be offered help and guidance.

Legalizing marijuana is another alternative to reducing teenage use. By making it legal, the number of marijuana dealers are decreasing as many are left out of business since its regular clientele steers to purchase it legally instead. On top of that, marijuana dispensaries can risk losing their license for selling to underage individuals. Washington D.C, according to research published in the Jama Pediatrics journal, has seen a decrease in teen use since marijuana was legalized for those 21 or older six years. To reduce the number of teens who use marijuana without putting a strain on their future for a mistake, New York should work to legalize recreational marijuana so that it’s harder for underage people to acquire.

Legalizing marijuana won’t only help fix the social ills caused by its criminalization, but it’ll also positively impact the economy. In 2016, the illicit marijuana market reaped $46.4 billion in sales according to a report by Arcview Market Research. Instead of having marijuana money go into the black market, a place that’s free of government regulations and doesn’t pay taxes, New York should take the opportunity to turn it into a legal market.  A legal marijuana market would allow New York to tax and regulate the marijuana industry, thus increasing tax revenues without having to raise taxes. Governor Cuomo’s plan proposed a 20% tax and a 2% county tax, which is estimated to generate approximately $300 million a year.

The potential tax revenue raised from recreational marijuana can be used to fund different programs, similarly to how other states like Colorado have done so. In Pueblo, Colorado, they used marijuana taxes to fund 563 college scholarships ranging from $500 to $5,000. Similarly, other states who have also legalized recreational marijuana like Oregon, are using marijuana taxes to fund schools, public health, the police, and local governments. The money that New York can generate from a legal marijuana market can go into funding the MTA who’s currently struggling to fund its budget through a congestion pricing plan. Marijuana tax revenues can be the solution that New York is looking for to fund its programs.

The legalization of recreational marijuana is gradually gaining support across the nation, especially as states who already did are witnessing the benefits they reaped. Legalizing recreational marijuana in New York is what can finally put an end to the issues that taunted America, from ending the disproportionate targeting of black and hispanic men to raising millions in tax revenues.