One in 5000: John Carlos Marin and His Passion for Making Music 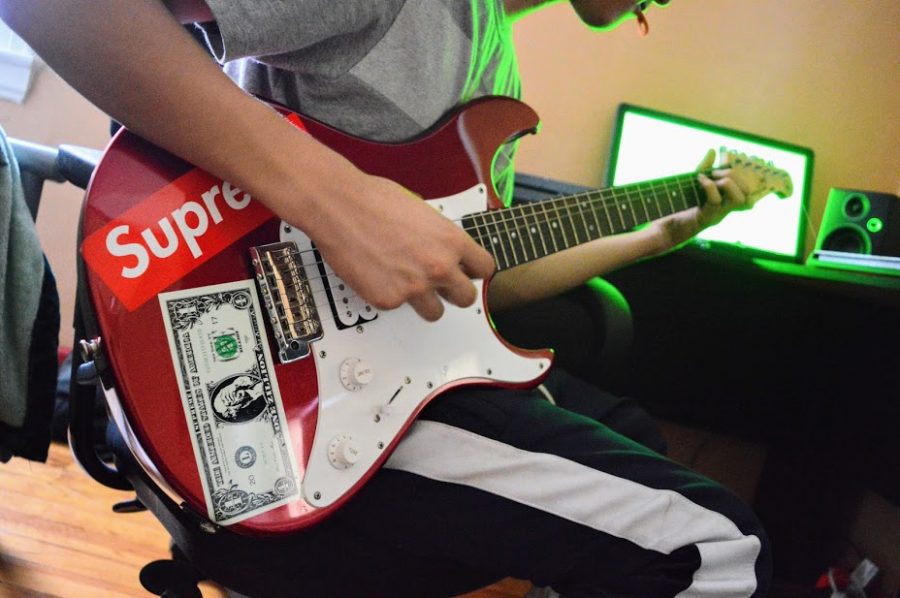 Marin at his home playing original songs on his guitar

When he is in his zone, nothing can get between him and the music. As he walks through the halls with his headphones on, the only thing on his mind are the sounds and vibrations traveling into his ears.

John Carlos Marin, a sophomore at Francis Lewis High School, is a first generation Colombian-American with the hopes of becoming a successful artist and music producer. Music has always been a big part of Marin’s life. At age 15, he began to explore making music of his own.

“I was two years into playing guitar when I knew that I actually could make music if I really put more dedication into it,” said Marin. “I remember when I started out messing around with my phone with apps, with loop generators and stuff. But when it really impacted my life is when I started playing instruments because it’s a different perspective and you get to experiment with different things.”

John Carlos was heavily influenced by his father who introduced him to many different genres of music. Although Marin’s father initially introduced rock to him, Marin preferred to listen to American and Latin hip hop. This genre of music is what is incorporated heavily throughout Marin’s music. Marin has invested most of his time in producing beats rather than singing or rapping.

“I never expected myself to be invested in hip hop,” said Marin. “I feel like the path that I took makes my style a little different because I combine a lot of different takes from this and that.” 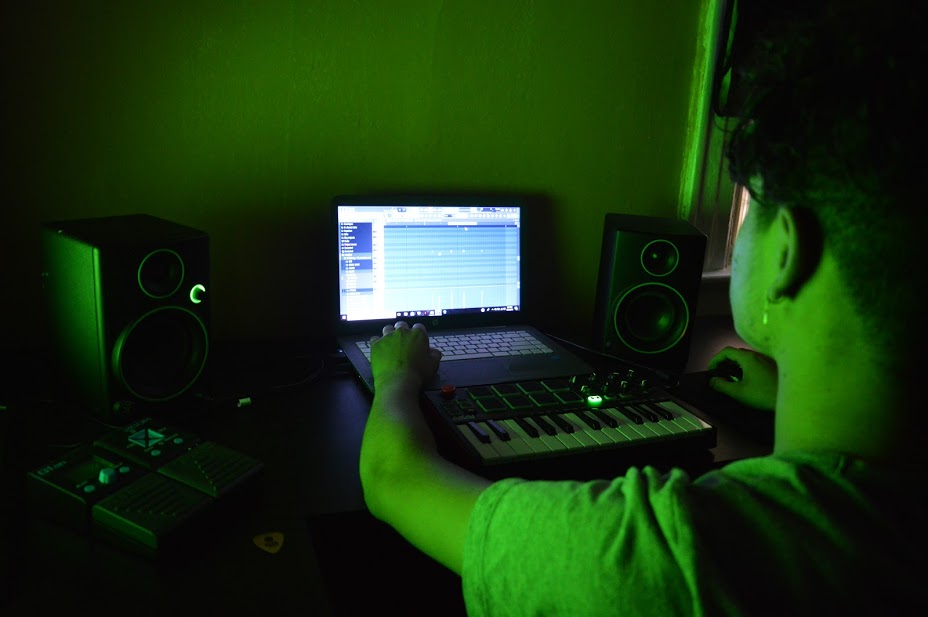 Marin was able to create his personal studio in his room by saving up money from his summer job by cleaning homes. Piece by piece, Marin was able to purchase a laptop, a MIDI keyboard and speakers. Working a summer was an eye opening experience for him.

“I found myself cleaning places and I never thought I would be cleaning for anybody,” said Marin. “But we all have to start somewhere. It just makes you grow and learn to appreciate everything in life.”

Struggling in school has really made music an escape for Marin. He stated he wished to pursue music professionally, and make a living off doing something he truly loves. Music is more than just an art form for Marin – it is a lifestyle.

“I feel like the fact that the feeling is so strong and it just feels so right, why would you want to pursue something that doesn’t make you as happy as this,” said Marin. “Art is something that is so powerful at a spiritual level that people don’t even know.”