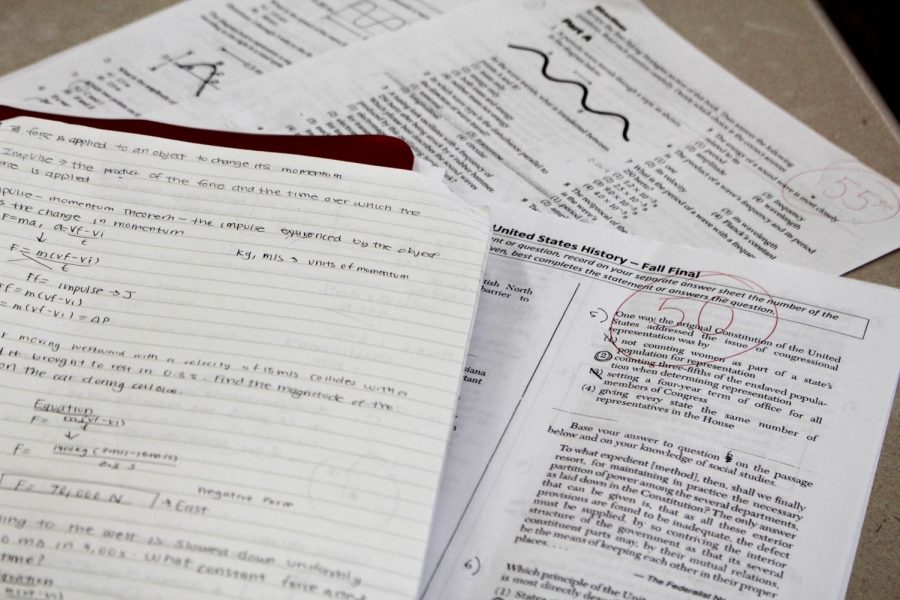 “To remove annualization was a city-wide policy request that was made by the chancellor's office,” Principal Dr. Marmor said. “Every single school in New York had to rewrite their policy if it included annualization.”

For the first time in nearly 20 years, Francis Lewis High School has eliminated the annualized grading system, which consists of a relationship in grading between the fall and spring semester.

In the past, if a student failed the first semester with a 55, stayed with the same class and teacher till the end of the year and passed the spring semester with a 65 or higher, he/she would receive credit for the full year and avoid summer school for the fall credit.  The student would also have to pass the Regents (if applicable) and the final exam for the class.

“To remove annualization was a city-wide policy request that was made by the chancellor’s office,” Principal Dr. Marmor said. “Every single school in New York had to rewrite their policy if it included annualization.”

The new grading policy has affected some seniors because they might not have been aware of the new change.

“Many kids are either not paying attention or may be in denial thinking that it’ll all work itself out,” Dr. Marmor added.  “The truth of the matter is, if you fail your fall class, you go to summer school.”

Some seniors believe that the change in policy is fair and that students should be more responsible when it comes to their grades.

“As a senior, I do not have as many classes and not that many responsibilities,” senior Katherine Solano said. “You should be responsible for the few classes you do have.”

In addition, students feel that eliminating annualization prepares you for life after high school.

“Eliminating annualization prepares students for college because college implements this type of system as well,” sophomore Mauicate Tumanda said.  “Students will start to pull more effort each semester instead of relying on the other semester to prevent them from failing.”

However, the policy can impact students negatively because some students might push themselves too hard by taking AP classes that they end up failing.

“Certain students push themselves and take AP classes,” senior Adrian Pinzon said.  “When an adviser tells a student to take an AP class, they usually say yes.  As a result, some students feel the subject is [too] hard, fail a semester and won’t get a chance to do better.”

Additionally, eliminating annualization does not take into account personal difficulties a student might have experienced during the fall semester.

“It’s unfair because some people may have failed due to personal issues but then they are able to come together and pass the spring semester,” sophomore Alaiza Yadao said.  “For example, last year I was severely depressed and failed multiple classes.  However, I was then able to get help and succeed in my second semester.”

However, all hope is not lost.  Francis Lewis has implemented a program specifically designed for students who were failing by helping them avoid summer school.

“The Academic Intervention Program was specifically set up to identify students who were failing,” Dr. Marmor said, “and try to address those needs early to avoid failure.  [The program] tries to mitigate the problem that we’re going to likely see at the end of June.”

Although the program is designed to help students, attendance has proven to be very low.

“Attendance in the Academic Intervention Program is very light, which tells me that a lot of the kids don’t understand how serious it is,” Dr. Marmor added.  “Or they believe that they were going pull it out on their own.”

Although this is the first year this change is occurring, teachers hope this program can benefit the students in the long run.

“I hope that the [Academic Intervention Program] will work and they’ll be able to get the credit because of the extra work that they’re putting in,” English teacher Ms. Berg said. “It is a wake up call for the real world where you don’t get to make up for not doing what you were supposed to be doing.”