One in 5000: Nicolas Sanchez and Makeup Expression 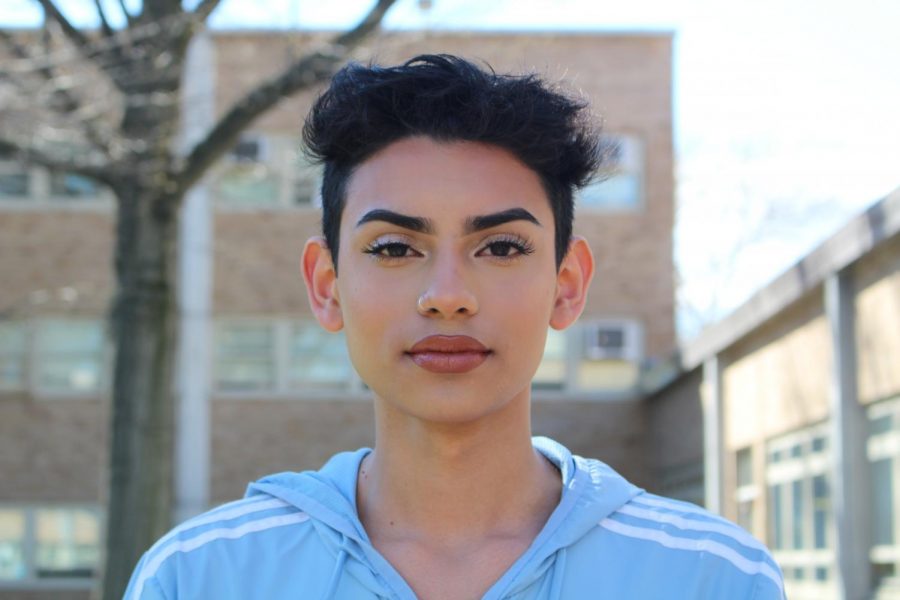 Nicolas has been doing makeup since SING of his sophomore year.

A striking definition of tan skin increases with every application of contour. The shading of pigmentation on the eyelids brings a vibrant contrast to the dark lined lips. Highlight is applied to cheekbones making the skin shine brighter than the sun. His eye for colors and the right mixture of them – the blendable and buildable – lead to a canvas full of possibilities.

Nicolas Sanchez, a senior, has been expressing himself through makeup since he joined SING his sophomore year of high school. His discovery of makeup started by accident.

“It was last year’s SING and we were all going to be on stage so a lot of the girls were bringing makeup,” Sanchez said.  “One of them put highlighter on me and I was really into it and feeling myself and I just started from there.”

“There’s still always that little bit of, I wouldn’t say fear, but lack of confidence that I get when I go out and wear my makeup,” Sanchez said. “What are people going to say? But when I’ve done it,  all I get is compliments.”

Part of Sanchez’s inspiration and drive for expressing himself through makeup is the support he gets on social media. He currently has 1.4k followers on Instagram.

Most of his art is embraced with such positivity it encourages him to keep creating and expressing himself in a new way.

“I did clouds on my face and it was the first time I posted a picture like that on my Instagram,” said Sanchez. “I got a lot of positive feedback and people wanted to see more.”

Sanchez uses his art as a form of liberation, where he can bare his own skin in a way that pleases him. It’s very fulfilling for him to demonstrate his ideals through makeup.

“I think a lot of people stick with the stigma that makeup is to cover something, hide who you are, or look pretty,” added Sanchez.  “It can be all of those things, but it can also be a lot more. It’s creative, it’s self expression, it’s art on your face.  Your face is your canvas.”