Why Did the CAASS Electronic Attendance System Fail at Francis Lewis? 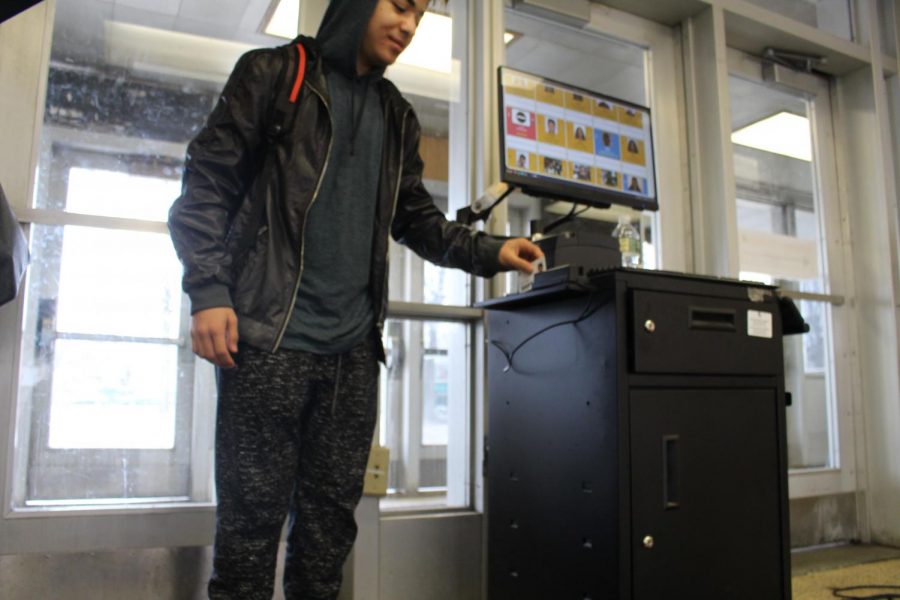 CAASS, the company that already does our entry swiping through the front door, lunchroom, and library, finished an electronic attendance pilot program and then presented it to Francis Lewis this school year.

A newly implemented electronic attendance system called CAASS (Comprehensive Attendance, Administration, and Security System) failed at Francis Lewis High School after being tested and put into practice at the beginning of this school year. Shortly after the system was implemented, it was clear that the system did not do what it was supposed to do.

“We very quickly realized when they turned on the program, that it wasn’t ready,” Dr. Marmor said. “The system was slow, it wouldn’t load properly and it wouldn’t save properly. The design of the interface was very poorly designed.”

The electronic attendance system was supposed to make the attendance process more timely and get rid of all the paper that is used daily for school attendance. The thousands of bubble sheets that get printed everyday have to get distributed, collected and stored for seven years. The school has storage rooms, filled with these bubble sheets, and even purchased a trailer to store them as well. Transitioning into electronic attendance was supposed to remove this need.

“The whole city is in the process of transitioning away from bubble sheets to digital attendance,” Dr. Marmor said, “for the purpose of saving trees, saving money, saving space and saving time.”

CAASS, the company that already does our entry swiping through the front door, lunchroom, and library, finished an electronic attendance pilot program and then presented it to the school. Before the school even put the system into practice this year, they did about three weeks of testing at the end of last year and redesigned a few things over the summer to prepare for the new school year in September. In September, when the system was put to use, there were realizations about its capabilities.

“It really just wasn’t working properly,” Dr. Marmor said. “We were immediately in contact with the Department of Education, the attendance coordinators in the city and the vendor’s who designed the program.  Over the summer, we, along with them, helped redesign and fix most of the problems. So when we got back in September, there was supposed to be a totally clean slate and it was supposed to be working properly. When we got back in September, none of that was accurate. They told us that it was working properly; we got started and some days it worked and some days it didn’t work.”

According to Dr. Marmor, there were a lot of promises being made about the system’s capabilities that were turning out to not be true. One such thing is that an automatic notification was supposed to be sent to a parent or guardian when their child was skipping a class but that never worked.  Therefore, the school gave the vendors a deadline in October to make a “new version” of the product that would fix the problems.

“All the promises that they made turned out to again, not be true,” Dr. Marmor said. “In this particular case, they had a program that was well designed, but it didn’t work. Eventually, we had to give up. The amount of pain being generated to the teachers, attendance staff, administration and students was too great. So we gave up and we stopped working with that vendor. For now we are back on paper because in the end, there was a lot of lying and deception from the vendor.”

Teachers thought that CAASS was very effective on the school days that the system actually worked. Teachers were excited to see which of their students were skipping their classes or were really absent from school.

“Although we are currently not using CAASS [for electronic attendance], I do believe that it was a great way to keep track of student attendance and whether or not there had been students who were skipping class,” Algebra teacher Ms. Kim said. “If a student had swiped in through the front entrance, students were marked green so that at the start of class if students had not entered yet, we knew the student was tardy. If the student did not come to class, then we knew that he/she was skipping class. I wouldn’t mind trying the system again.”

Some students were even motivated to be more consistent in going to each class because they thought their parents or guardians would be notified if they skipped class.

“I was definitely more encouraged to go to class,” sophomore Ariana Mozner said. “I knew I would get in trouble with my parents if they got an email and found out I was purposely skipping my classes.”

After Francis Lewis stopped using the electronic attendance system, the company that made the system was prohibited from selling the product to any other school until it was fixed and tested again. At the moment, the school is trying to work with a new vendor to create a new product with a company that is more reliable.

“One of three things will happen,” Dr. Marmor said. “Either the original vendor will actually get their act together and we will go back if they prove that it really works. Two, we will help a new vendor design a system that works properly. Or three, we’ll stay on paper.”

“Either way, this is the future of attendance. Whether it’s now or later, paper is going to go away. Unfortunately, we just happened to have caught this early when the system wasn’t ready. We [would have] never ever entered into this if we weren’t told that it was working. Like I said, there was a lot of lying going on and we had to suffer the consequences of the lying.”