The Controversy Over Heartbeat Bills 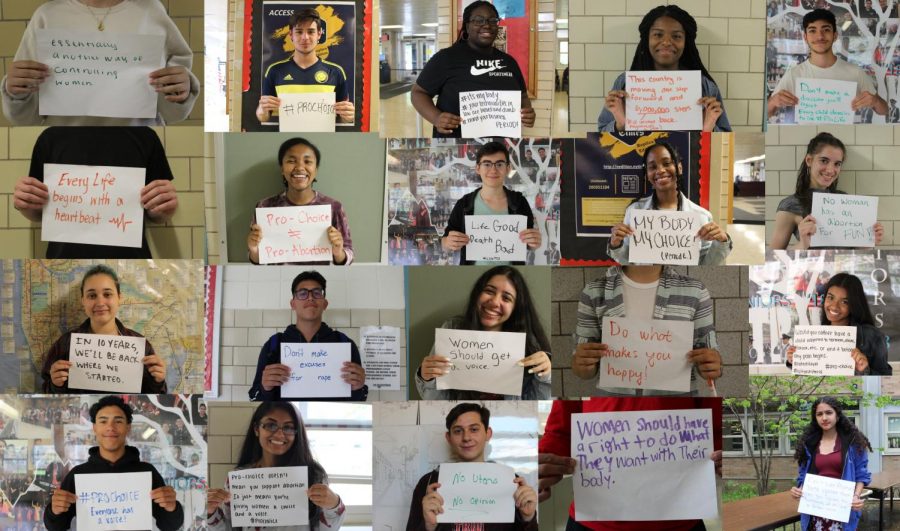 Since the start of 2019, legislators in at least eight states have passed fetal heartbeat bills to restrict abortion. Many of these bills outlaw abortion after a pulse has been detected which, in certain cases, could be as early as six weeks. Some, such as Alabama, have passed legislation to outlaw abortion all together. These heartbeat bills, currently passed in Georgia, Ohio, Kentucky, Utah, Mississippi, Arkansas, Missouri, and Louisiana, could potentially overturn the 1973 decision of Roe v. Wade which legalized abortion nationwide.

“These state bills are currently unconstitutional. Even some of the authors of the bills have stated as such, and it’s purposely designed that way,” said Ms. Linge, a law teacher at Francis Lewis High School. “The goal is to have the lower courts issue decisions on them so that they can be appealed and eventually climb their way to the U.S. Supreme Court.”

The heartbeat bills range in severity, with varying time restraints and minimal exceptions for each state. The Georgia bill prohibits abortion once a fetal heartbeat is established. Exceptions, however, are made for rape and incest cases, as well as serious risks to the mother’s health. Similar bills have recently garnered criticism from avid abortion rights advocates. Teens, especially, have been quick to respond to these legislations, voicing their opinions through social media and word-of-mouth.

“I’m pro-choice because I don’t know everybody’s circumstances.” stated Cheyenne Figaro, 11th grade law student. “We can’t say we’re banning abortions because some people get raped, some people are the victims of incest, some people just can’t afford to have children and you can’t penalize people for that. Abortion is a right that they have to choose.”

Alabama, on the other hand, passed a much more restrictive bill, banning virtually all abortions, even for victims of rape and incest. Restrictive bills, in every capacity, have provoked a variety of reactions, from both supporters and critics alike. Critics such as Dylan Morales, a junior, believe that bills like the ones passed in Georgia and Alabama “contradict democracy”.

“Yes it has a pulse and should be considered “alive”, but the women should still have that right to choose,” stated Morales. “It determines their future–no one else’s– and should be up to them.”

Likewise, those against abortion have endorsed fetal heartbeat bills. Many, including state officials, have expressed their reasoning for these legislations, citing legal and ethical backings as justification. Georgia governor, Brian Kemp, for one, stated “We will always continue to fight for life.” While numerous FLHS students agree with Kemp, their opinions vary when considering particular circumstances.

“Obviously, if you’re just having unprotected sex and you don’t really care about anything, after a certain time period, you should be responsible for your actions.” said Michael Dimitrov, FLHS senior. “If it’s rape I feel like you should be able to abort it either way.”

Many of the bills also include penalties for those who perform or receive an abortion. Even those attempting to terminate a pregnancy could be subject to criminal charges and life in prison, as abortion would be considered first-degree murder in both Alabama and Georgia. Miscarriages are also speculated to be investigated by the court under these bills. In Georgia, a miscarriage ruled as intentional could be punishable by up to 10 years in prison.

In 1992, after Roe v. Wade legalized abortion, Planned Parenthood v. Casey rose to the Supreme Court and challenged the verdict. The case modified federal regulations which could potentially delay a woman’s need for an immediate abortion. Previous standards of informed consent, spousal notice, parental consent, and medical emergency were disputed. As a result, creating an undue burden on married women was ruled a direct violation of the fourteenth amendment.

With the introduction of Targeted Restrictions on Abortion Providers (TRAP laws), the government continues to chip away at women’s access to abortions. In 2013, for instance, the state of Texas passed H.B 2, imposing various restrictions on women’s health centers. Under H.B 2, hospital hallway widths, paint colors, and staff credentials were strictly regulated. In 2016, with a 5-3 vote, the Supreme Court ruled in Whole Woman’s Health v. Hellerstedt that Texas cannot place an undue burden on facilities that provide abortion services.

“They have these ridiculous regulations to make them close down. There are a couple states where there’s just a single abortion clinic.” said sophomore Eddie Suljic. “People in those states right now are traveling to another state saying they’re visiting family and getting a procedure done in a strange town overnight. They’re doing this all alone and its emotionally, mentally, and physically not safe.”

A similar debate occurred several years ago when Oregon passed one of the most liberal reproductive laws to date. During the fall of 2017, Governor Kate Brown passed a bill requiring Oregon state insurers to provide free tax-funded abortions for all, including undocumented immigrants.

“We don’t focus on the fact that it’s not just a white woman or a rape victim,” explained Junior Sariah Moustaffa. “it’s also people who are crossing the border who genuinely need to get an abortion.”

Although no fetal heartbeat bills have gone into effect yet, the prospective start-date is set to be sometime in 2020, the next election year. Democratic presidential candidates Bernie Sanders and Kamala Harris have already taken a stance on the issue, calling the Louisiana heartbeat bill ‘outrageous’ and a ‘dangerous attack’ on women’s rights.

“Abortion is a big issue in politics. It’s what drives people to the voting polls.” explained Ms. Linge, Journalism and Law teacher at FLHS. “So, all of this is aligned with 2020 and you’re going to see people on both sides of the political spectrum being driven to the voting booths in response.”

With the passing of these heartbeat bills, the political motives behind restricting women’s reproductive rights are being questioned. Under these legislations, many are worried that only those who are wealthy will have access to safe abortions. In response, Eddie Suljic, FLHS sophomore and abortion rights supporter, asks “Why does the upper class get to do something that they banned for us?”.

“All these Senators that created this bill, if their daughters or wives got raped they would definitely get them an abortion illegally through their senator connections,” added Suljic, “which is unfair to the general public.”

In the wake of such restrictive legislation, outraged citizens are hitting the streets in response. Many in Louisiana, for instance, refused to stay silent. Just last week, after a heartbeat bill was passed within their state, hundreds of demonstrators flooded the capitol in protest, displaying neon pink “We stand with Planned Parenthood” shirts.

“They just want to make sure that the men stay in power because you have women rising to such great achievements.” Sariah Moustaffa expressed. “That has angered them to such a degree that they have to take this away from us now. It’s ridiculous. It all ties in with each other and no one seems to care.”