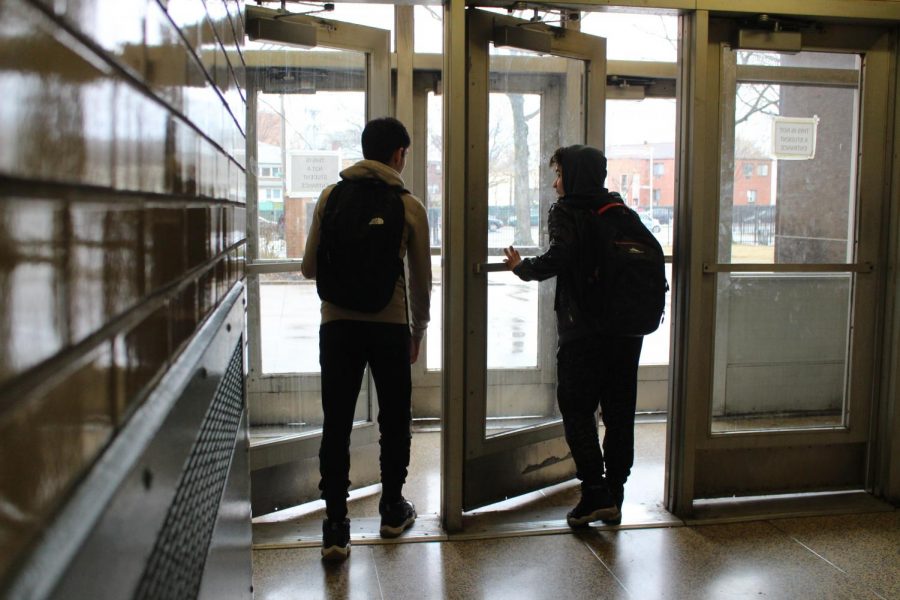 Principal Dr. Marmor released a new memo that discussed revised policies and rules for leaving the school, as well as the consequences for breaking those rules.

“At the moment more kids are going outside than I am comfortable with,” Dr. Marmor said. “Well-meaning kids, who are very successful, are not really thinking twice about walking out. I need to try to stop that because it’s a matter of time before something bad happens.”

According to the memo, which was released in mid-April, students need to swipe back into the school if they leave during the day. This will allow the school to know which students are cutting and which are leaving because they have a free period.

“Students who leave the building to cut classes are going to be taken to the dean’s office and their parents will be notified,” Dr. Marmor said. “If there is continued cutting, that will be something dealt with through the dean’s office, the parents, and the guidance counselor.”

Out of the 800 students that are off each period for lunch, less than one hundred leave the building. Although the majority of students stay inside, Dr. Marmor stated there’s still a problem with students leaving in the middle of the day because safety is an issue.

“I understand why kids would rather go out for lunch, but it’s not a philosophical question. It’s a practical question,” Dr. Marmor said. “When you leave this building you are in danger.”

For instance, last year a student was hit by a car and was launched over 20 feet into the air. The recently released policy was a “reactive measure” to that incident, according to Dr. Marmor.

In addition to students’ safety, Dr. Marmor also stated that leaving the building could cause other issues.

“Part of the problem with leaving and coming is the simple matter of the fact that very well meaning successful kids are leaving the building and mingling with students who don’t even enter the building and hang out on the perimeter,” Dr. Marmor said. “I don’t think that it is healthy for our successful students to be going outside and hanging out with kids during the middle of the day who have no interest of going to school.”

As for students who don’t want to go to the school cafeteria during their lunch period, Dr. Marmor stated that he considered allowing students to sit in the hallways instead of going outside. However, as FLHS News previously reported, this caused too much disruption to the classes due to the noise. It was also a problem for students with mobility issues to move around in the hallway.  In response to this, Dr. Marmor opened the auditorium to students.

Students had mixed reactions to the memo and the changes being made.

“I think the rules are pretty reasonable,” sophomore Brandon Yam said.  “Since the new policy I’ve gone to the auditorium twice already and I’ve felt that it is a good addition. I’ve realized that it’s a much more quiet environment to study or listen to music in.”

While many students interviewed shared the same sentiments as Yam, some students thought it wasn’t enough.

“I think either put more money into our school lunch or let us go out,” sophomore Yoon Choi exclaimed. “Stop accepting new students, we have too many students.”

Sophomore Uzair Ahmed agreed, saying that it should be the student’s responsibility to stay safe outside, not the school’s.

Despite these student complaints, Dr. Marmor emphasized that safety was the main goal behind the policy.

“I am responsible for you when you walk out of the building during your regular day and it’s not over,” Dr. Marmor stated. “The rules and things you see in the memo are all drafted to try to help maximize your safety.”