The Effect of Parkland on FLHS Students 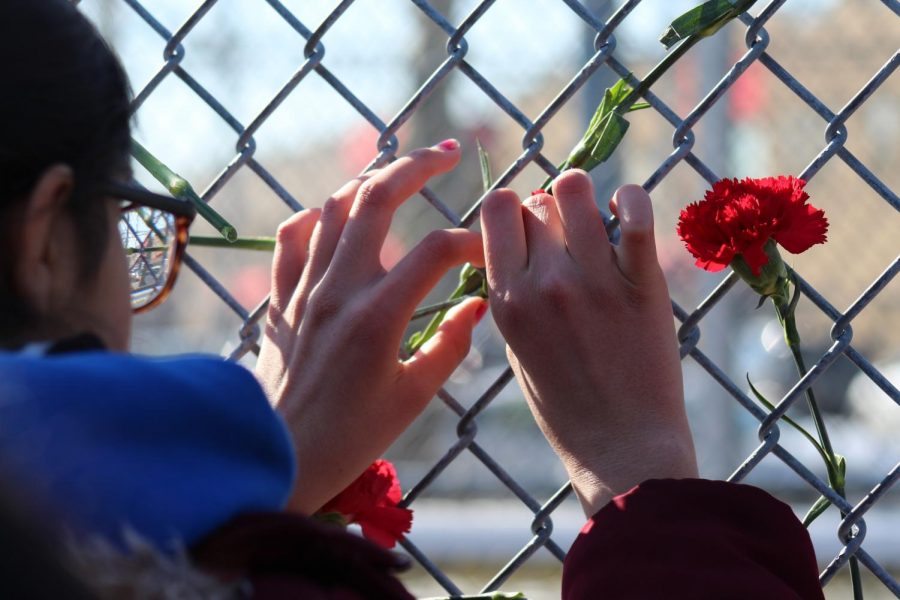 It has been more than a year since the tragic school shooting in Parkland, Florida on February 14.  Immediately after the shooting, student survivors began sharing their stories and inspired others to get involved in a movement to change gun laws.  A year later, Francis Lewis High School students opened up on how the Parkland shooting has affected them and the changes they still hope for.

On the day of the Parkland shooting, Francis Lewis was celebrating Valentine’s Day. Flowers were being sent, hugs and kisses shared, when news broke out about a shooting in Florida. The correlation of red with love and friendship for Valentine’s Day suddenly became a symbol of tragedy.

“I couldn’t believe that a lot of these recent shootings have been happening so much more and it honestly scared me personally,” junior Angelica Cruz said. “It really left a heavy sadness in me.”

Now, even after the one year anniversary of the tragic shooting, students are still worried and concerned with how mass shootings have become normalized and how little change has occurred.

“In New Zealand, within like ten days, they already banned semiautomatic rifles and here, even with all these mass shootings, we haven’t really done anything to prevent them,” sophomore Maria Guadarrama said.

The mass shooting in a New Zealand mosque on March 15 killed fifty people and left dozens injured. Less than a month after the shooting, the New Zealand Parliament voted to change gun laws to prevent such disasters from occurring again. A bill outlawing most automatic and semi-automatic weapons and banning components that modify existing weapons was passed by a vote of 119 to 1 in their House of Representatives.

As a result of the Parkland shooting, more people are speaking out for gun reform. March for Our Lives, a student-organized rally against gun violence, took place on March 24, 2018 in Washington, DC.  One reason why this movement received so much attention is because the students who lived through the tragedy spoke up for what they believed in.

“A lot of it was due to the activism of the Parkland students themselves,” law teacher Ms. Linge said. “I remember when I watched Emma Gonzalez speak with such emotion and passion. We can have all the debates and policy debates about gun control, but this really affects people on an emotional level.”

Students hope that the shooting can continue to bring about positive change and educate students on how they can get involved in politics and create the change they want to see.

“I think it should motivate students to look into politics, look into whom you can ask for change instead of just sitting there and saying, ‘Oh it’s sad,’ but not doing anything about it,” Guadarrama said.

As companies such as Delta Airlines and Paramount have cut ties with the National Rifle Association, Guadarrama also offered different ways that students can be more civically engaged.

“They can call their senator or representative and ask them to vote for more gun reform and laws,” Guadarrama added. “You can start a petition, you can start a protest, a walk out.”

Junior Emily Gubin also believes that it is vital for students to get involved in order for their voices to be heard.

“We have to start speaking up because there’s a growing, expanding younger generation that will run the future of this nation,” Gubin added.

Despite it being more than a year after the tragic shooting, students continue to advocate for gun reform in hopes that one day they can feel safe going to school. Since Parkland, there have been at least 31 incidents at K-12 schools in the United States where someone has been shot. The parameters include at least one person being shot, on school property, and accidental discharge as long as first two parameters are followed. This can include gang violence, fights, and domestic violence but not limited to these categories.

Some students would feel safer if schools had more practice in case of emergencies.