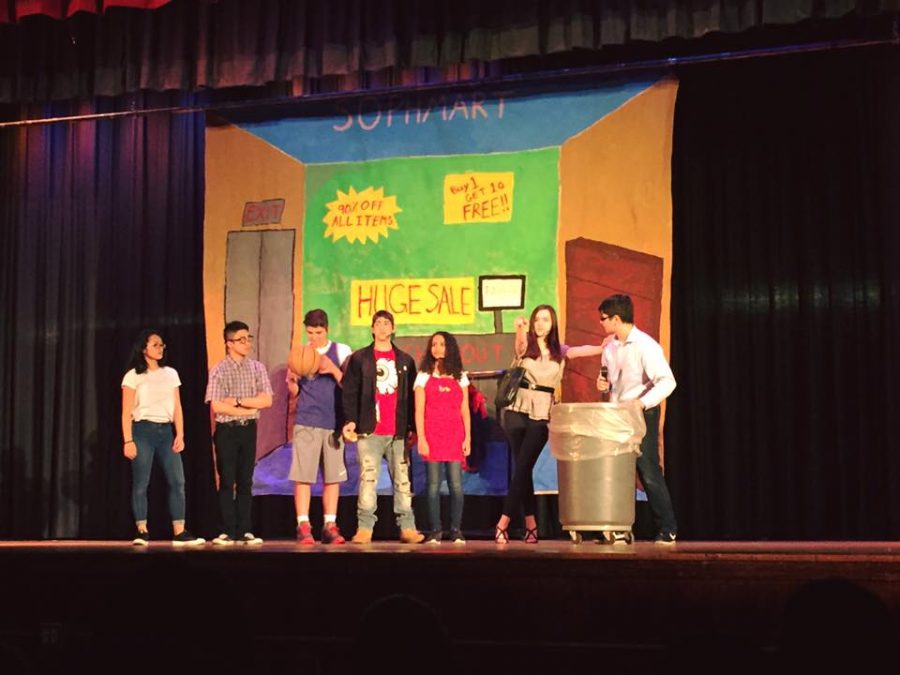 Sounds of laughter and singing could be heard from enthusiastic crowds in the auditorium of Francis Lewis High School, as each grade performed a musical showcasing their artistic talents. The performances were part of the the yearly SING competition, which took place on the night on Friday, March 24th.

The Seniors were aiming to make their last year memorable and finally capture the crown. The Juniors were back in action to seize the title again as last year’s victors. The Sophmen were determined to prove that they can win again as well.

“We been working so hard for the past few months,” said Crystal Zheng, a sophomore who was one of the lead performers. “After we got our stuff together, we were able to pull through and create a production that people would enjoy and be entertained by.”

All of the teachers that guided the students from the Sophmen to the Seniors were all more than confident about their student’s performances as well.

“I think [the Seniors] have a lot of potential to win. They’ve really come together as a team. There is not only dancing, but acting, singing, backdrop…everything is perfect,” said Ms. Brand, the advisor for the Senior Sing team.

“I feel very good considering that our Sophomores won last year’s as part of the Sophmen, so I think we have this,” said Ms. Phillipkowski.

The Seniors’ skit consisted of a play set around a dating show. Each contestant on the dating show displayed an eccentric and ostentatious attitude that elevated the atmosphere in the room. Ecstatic laughters bursted from the crowd after each contestant’s introduction.

The Junior’s play centered around a future version of Dora in an urban setting, with a cameo from Calliou.

The Sophmen’s first attempt also unbelievingly blew the audience off their feet. Their artistic and creativity was put to test in their twist of the 1980’s hit Breakfast Club.

However, by the end of the night, only one group was crowned the victor. The juniors ended up winning the night. The juniors reacted by jumping up and down, and chanting “Juniors” in unison.

Not everyone agreed with the judges’ decision though, like Cody Chee, a senior performing his last SING at Francis Lewis.

“Though the juniors did good, the seniors still are better in my heart.”