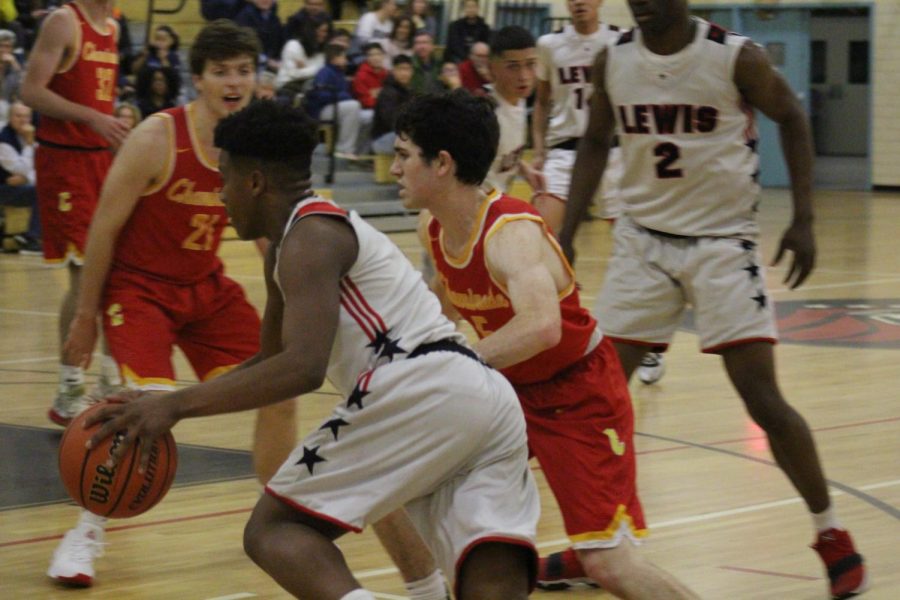 “The Snowball Classic is our event to celebrate the great things that go on at Francis Lewis with the local community and broader NYC community,” Coach Ciarleglio said.  “We had teams from all 5 boroughs participate, including teams from Long Island. More importantly, it gives student-athletes exposure to college coaches and scouts.”

Francis Lewis went head to head with Chaminade High School, a team from Mineola, NY.  Senior Elijah Pratt led the team in scoring, but unfortunately they suffered a tough loss with a score of 48-64.

“The Snowball Classic game was very competitive and challenging,” sophomore Yianni Xarras said. “Comparing to our league games it was very different. We were playing against high level IQ ball players who don’t make mistakes and are consistent in scoring. They played us at their tempo, controlling most of the game, but we played good man defense at the end.”

Rival John Bowne High School, who beat Francis Lewis 76-53 in their regular season game on December 12, defeated Ralph R. Mckee CTE High School at the classic. Winning teams were rewarded with a trophy after each game.  Two awards were also given to selected players from each team– one being the Lee Little Leadership Award.

“This award is in memory of our assistant coach Mr. Lee Little who passed away this summer,” Coach Ciarleglio said. “Student-athletes who exemplify leadership, enthusiasm, and have high character were considered for the award. Coaches from each program were given a list of criteria to choose a member from their team.”

Coach Little has had a major role in the basketball program at Francis Lewis. From his knowledge of the game to his capability to advise, guide, and care for his players, his impact will be nothing short of long term.

“Coach Little was our crazy, energetic, super positive father figure,” senior Davian Hall recalled. “He always knew how to turn a bad situation into a good one. He trusted each and every player on the team [and] he’d sacrifice his time to be with us for hours year round. The Snowball Classic is all for him– he’s the center stage.”