One in 5000: Angelica Hernandez 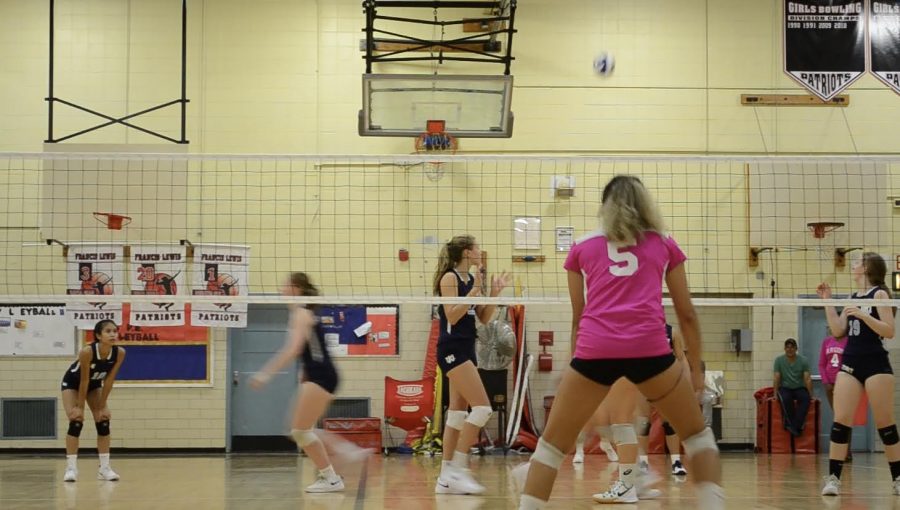 "I want to continue playing volleyball in college because it’s something that I love doing," Hernandez said. "My main focus is at Adelphi University to major in biology. My dream job would be working as a surgeon.”

The squeaking of her shoes on the court echoes through the gym. The color of her jersey is different from the rest of her team; the identity of a libero. She dives for the ball, making a save to win the game. She relentlessly pursuits, with nothing but love and energy on the court.

Angelica Hernandez was named the co-captain of the Lady Patriot Varsity Volleyball team after being on the team for 3 years. As a Junior, Hernandez broke the all-time school record for the most digs in a season, with a total of 301 digs. Along with this personal achievement, Hernandez also helped to lead the team into the playoffs, giving the Lady Patriots the longest consecutive playoff run in the city. Hernandez not only proved herself as an important component to the team this season, but holds a title under her belt that she earned as a sophomore.

“I’m most proud of my ‘most improved’ award during [the] sports banquet in the 2018-2019 season,” Hernandez explained. “I felt that I had pushed myself in improving a lot during that season, and getting that recognition was something that I appreciated deeply.”

Despite Hernandez’s hard-work and accomplishments, getting to where she is now has not been easy.  Her journey has been extremely mentally and physically demanding.

“That year I had an accident which led to my ankle being broken very badly,” Hernandez said. “The feeling of my teammates playing together and getting better while I was on athletic hold for 6 months disappointed me. Although I was saddened, after months of rehab and physical therapy, I was able to get back on the court in great condition.”

Angelica’s display of resilience proves her as a strong athlete, but even the most flexible people struggle with preoccupation. When sports comes between a full schedule, it’s difficult to manage priorities.

“It is a struggle to balance being an athlete and student at the same time,” Hernandez said. “It ranges between keeping grades on track and knowing that there are other things that need prioritizing other than volleyball. Whether it’s hanging out with friends, or doing something else that you enjoy.”

Regardless of the challenges she faced, Hernandez is determined to provide full support to her team, on and off the court.

“Just by watching her [play] you can see that she fully emerges herself in the game,” junior Alissa Julien said, who plays alongside Hernandez on the Lady Patriot Volleyball team. “She is always hustling and doing whatever it takes to keep the game going, and encourages others to do the same, even when we get down on ourselves. She sets a good model for the team by always giving her all.”

Being on the team not only exposed Hernandez to a new-found love for volleyball, but to the development of new friendships. A team requires good chemistry in order to function well and succeed. For Angelica, these relationships branch farther out than just being teammates.

“The teammates that I play alongside have impacted me tremendously,” Hernandez said.  “The sport requires trust and communication and this has given me some of the best friends I could ask for.”

Hernandez’s devotion stems from her drive to achieve goals and an education the people close to her weren’t capable of achieving.

“Both my parents have not attended college, but I want to show them and myself that I can be successful and find my passion,” Hernandez said. “I plan to go to college and complete my four years to get my degree.  I want to continue playing volleyball in college because it’s something that I love doing.  My main focus is at Adelphi University to major in biology. My dream job would be working as a surgeon.”