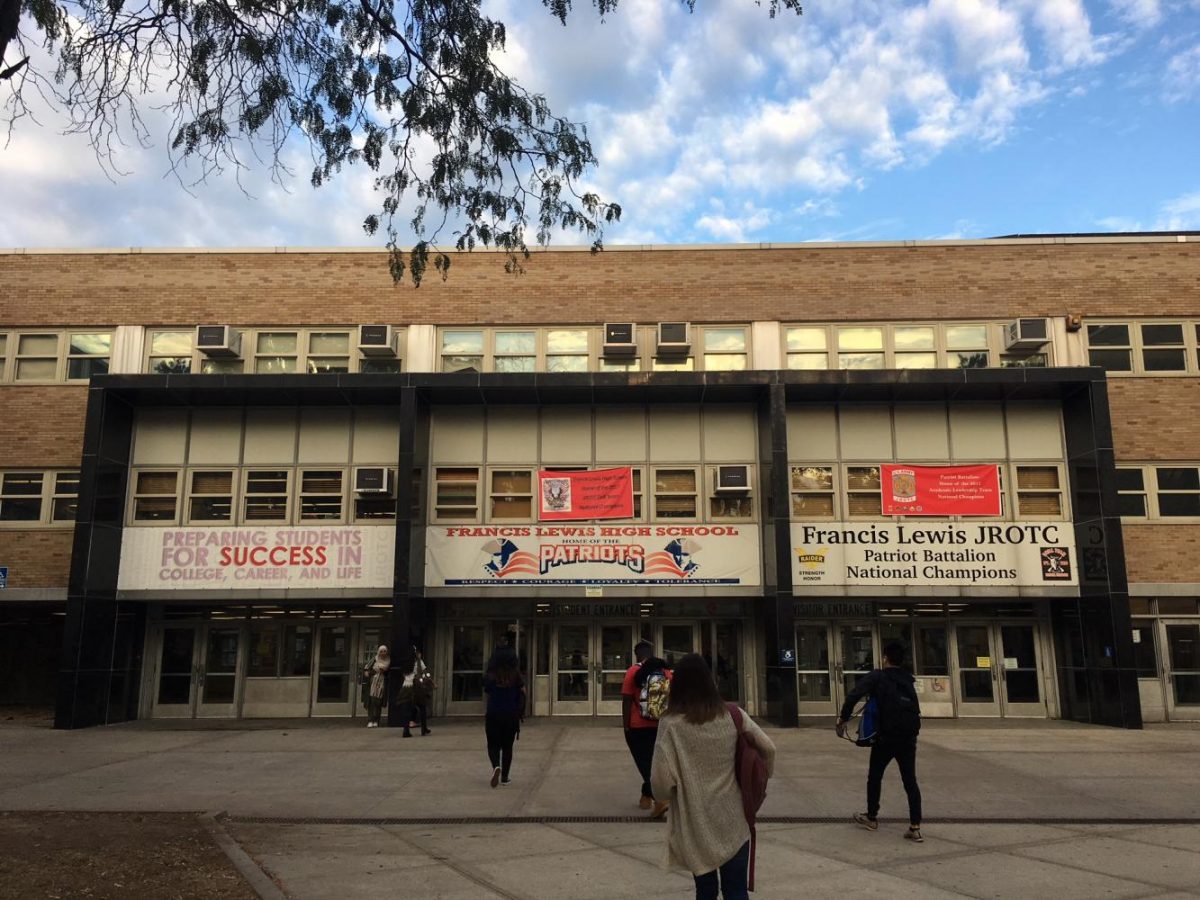 COVID-19 has raised concerns over the cleanliness and overpopulation of students and faculty at Francis Lewis High School, one of the largest high schools across the city where more than 4,400 students come from several zip codes in Queens and other boroughs in New York City.

Taking preventive measures for COVID-19 is one of the top priorities of the custodial department,  Principal Dr. Marmor said.

“Because of the recent issues, there has been a separate supply of paper towels, soap, hand sanitizer, bleach — things like that,” Dr. Marmor said.  “They did receive a special allocation to prepare the building to be sanitized for the current situation. It’s not typical that they get an extra supply, but we did get the extra supply to prepare us for this.”

Chancellor Richard Carranza said in a packet sent to parents on March 10 that all schools have increased “deep cleanings to two times per week, disinfecting surface areas with Centers for Disease Control and Prevention (CDC)-approved cleaning disinfectant.”  Dr. Marmor said the custodial department sanitizes the school twice a week with heavy bleaches and disinfectants.

“We are absolutely doing everything that we can do to slow this down and be preventive,” Dr. Marmor said.

However, when we spoke to Junior Brianna Londono about all public schools across the city, including Francis Lewis, disinfecting surfaces twice a week, she said that she has not seen such progress.

“Bathrooms are almost never cleaned,” Londono said. “Strip bathrooms are the worst bathrooms. They never go in there to clean it. The floors are always dirty and wet and the walls are moldy. It’s just gross.”

“Why wasn’t our school cleaned before this, before the coronavirus?” Xu asked.  “Why wait until someone actually gets infected, and then close the school instead of closing it right now to prevent someone from getting infected?”

Londono attributes the lack of cleanliness to the overpopulation at Francis Lewis.

“It’s the crowd,” Londono said. “The crowded hallways are crazy, and I just feel like if somebody even got it, they wouldn’t even know because they say it’s like a common cold.”

AP Psychology teacher Ms. Miller said she was worried about the scale at which COVID-19 would impact students because of overpopulation.

“I don’t think any institution is going to be as prepared as they need to be, especially at a school like ours — which has so many students and staff — the number of things that need to be cleaned and the classes that people take,” Ms. Miller said.

In response to calls from students and faculty for more sanitary equipment, Dr. Marmor said that he doesn’t believe there is a shortage right now.

“That was true maybe a few days or weeks ago, but going forward, we shouldn’t be seeing that,” Dr. Marmor said.  “Anybody who sees missing supplies, notify the office.”

Dr. Marmor also wanted to clarify the difference between having enough resources and having no resources at all.

“The issue could be that we don’t have it, or the issue could be that somebody didn’t replace it — not the same thing,” Dr. Marmor said. “Our issue has mostly been having enough custodial help to frequently go and replace the stuff, not that we don’t have it. One of the most important things I have to emphasize as to why we don’t have some soap and paper towels is that very frequently, there are student vandals who’ve been knocking the soap dispensers off the walls.”

“If students are not going to treat the facilities well, then the custodial staff cannot keep them clean and cannot keep them stocked,” Dr. Marmor added. “The custodian puts up a soap dispenser, fills it, and then somebody knocks it off the wall.”

Despite efforts the school is taking to sanitize the building, students should also practice good hygiene, according to Dr. Marmor.

“We’re being very careful,” Dr. Marmor said, “but ultimately, the best advice I can give people is this: Make sure you wash your hands. Make sure that if you’re not feeling well or you’re ill, stay home and don’t come to school. If you’re feeling well, do come to school. There’s no reason to stay home just because of being afraid of the virus.”