Water Crisis in Flint: A Meeting with Activists 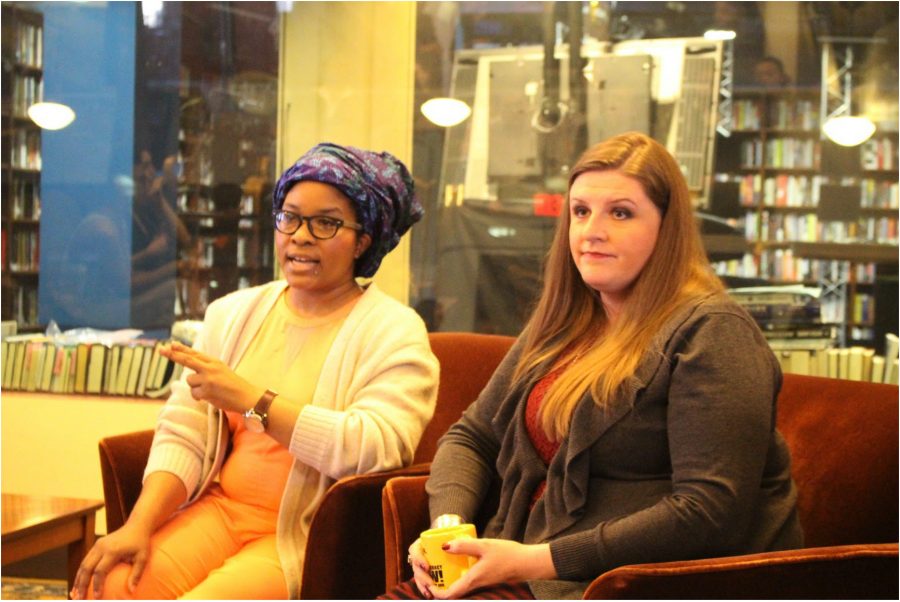 Journalism students from Francis Lewis High School visited Democracy Now! Studios in Manhattan, where they watched a live television taping of the news broadcast show. After the show aired, the students sat down with two activists from Flint, Michigan who were featured on the March 18, 2016 show about the water crisis. They candidly shared the challenges they each were facing, along with a stark overview of the water crisis affecting the area.

“The chemicals in the water weakened my intestines. Last Tuesday I had polyps removed from my stomach, because of bacteria in our water caused H. Pavorii, which is a third-world disease,” said Melissa Mays, the founder of Water You Fighting For, an organization dedicated to bringing awareness about the Flint water crisis.

The Flint, Michigan water crisis began in 2014 with the decision of the Flint council to switch to Flint River as the city’s source of water. On April 25, 2014, in the Flint Water Treatment Plant, an official ceremony was held to celebrate the millions of dollars saved by changing water sources. However, the damage done to the pipes and to the lives of the residents will cost $55 million to be resolved.

Citizens felt as though they had been betrayed by their government as the switch came with consequences that affected their water.

“The EPA failed us,” Mays said, “The Michigan department of environment medical quality definitely failed us, local officials failed us.”

Mays and the many citizens of Flint, Michigan had many adverse reactions because of the chemicals in the water, which included aluminum, lead, carcinogens, and more.

“The very bottom of all this is water,” said Melissa Mays. “Lots of things happened and a lot of people have died. People have gone to jail…people are sick for the rest of their lives because of water.”

Flint residents began boiling their water to make it safe enough to drink. However, in the following months of August and September of 2014, the city’s officials publicly stated that boiling water would actually result in coliform bacteria, which was initially detected in the tap water.

Nearby communities are trying to help Flint residents by delivering fresh bottled water to local Flint communities. One suburban elementary school hosted a water drive to provide elementary students with clean water. Nayyirah Shariff, a coordinator with the Flint Democracy Defense League, and a guest on the show, was angered at the idea that children had to buy water instead of it being provided for them.

“The fact that kids, they use their lunch money to buy water for something that should be a human right is just totally messed up” Shariff stated. “ So they have to go out and buy water from the vending machines instead of having water in the classrooms available for all.”

According to Shariff, the government’s response to this crisis is lacking and troublingly suppressive of those who want their voices to be heard.

“[They] demonstrated disregard of our community because they felt that we were throw away community. They did not care about the people in that community.”

Melissa Mays shared the same feelings, and followed up by voicing her frustrations and concerns.
“At the end of the day, my family is sick, we’re sick, we sit here and talk about seizures, and we talk about our medications and everything.” Mays said, “People have died because of this.”