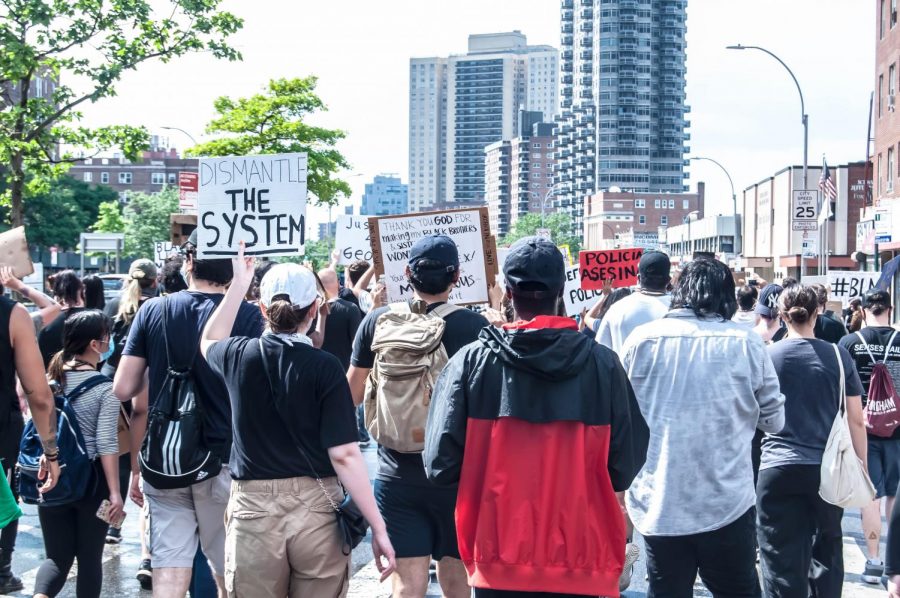 As a direct result in the death of George Floyd, and many others from police brutality, residents of large cities in the United States have taken on forms of demonstrations to protest against a fundamentally broken system. Inevitably, the police will be the ones to respond to such demonstrations. Unfortunately, the end result is sometimes violence, and the agitation of anger, frustration, and resentment from the demonstrators.

For decades, the police have long been taught to de-escalate riots that originate from protests and to ensure the safety of both parties. The riot gear they wear, such as gas masks, shields and batons, are meant to send a message to deter violence. However, that message is not coming through. As countless protests have shown in history, whether in Civil Right Protests back in 1963, or in the Stonewall riots, the police are unable to propitiate such protests; they’re handling it wrong.

When a confrontation occurs during demonstrations involving  “structural inequalities”, it is likely to escalate into a violent one. Even as riots spark, a major cause is usually the immoderate amount of police force. From ramming into demonstrators with SUV cars, to intense shoving and excessive pepper spraying, the police are responding to protests with unnecessary force, and that is counterproductive. The demonstrators are initially protesting against unnecessary and brutal police force, therefore responding to such protests with force is hypocritical.

This concept especially applies to the current protests against the ghastly existence of police brutality. The death of George Floyd and plenty of others have caused a spark of anger within these demonstrators. They’re tired of an unjust system. They want change, they demand reform, and it makes sense. Police that engage in disorderly conduct and brutality are almost never prosecuted, and are often simply relieved with little to no punishment. After the killing of Breonna Taylor, the Louisville Police Chief was fired, with a pension, most likely higher than the average paying job of an ordinary citizen.

The fundamental foundation of a police system is to protect, to enforce the law, and to serve others when needed. The police are the sole people entrusted with the ability to do so, legally. Fueled by anger, many demonstrators have taken on the generalization that all cops are abusing their power. Although an increasing trend, this conjecture should often be dismissed as false. The system that the police work in is systematically broken. American policing was founded as a slave patrol system, and the remnants of that can sometimes be seen today.

As violent clashes continue to occur with demonstrators and the police nationwide, other groups of police and protesters have demonstrated an alternative that is better, and much more positive and meaningful; protesting together. Instead of escalating violent tensions, police departments such as the Duncan Police have taken a stand long with protesters calling for justice. Other viral images have also circulated the internet, depicting the mayor and chief of police of Santa Cruz taking a knee, along with police holding signs stating “One race, the human race.” In most cases, these officers will kneel, a symbolic sign of respect and unity amongst the police. By taking a stand with protesters, the police are able to de-escalate situations much better and effectively; a win-win situation.

In addition to heavy police presence, states have also deployed the national guard, also known as militarization of the police. This move has been heavily backed by President Donald Trump, who also threatened to use the Insurrection Act, sending in the U.S military to contain violence erupting from protests. However, for many, the National Guard only furthers the resentment and image of police brutality. Take the case in Washington D.C, as the result of it not having statehood, President Trump was able to deploy large numbers of troops and guardsmen to  quell protests. For what reason? For his personal photo-op in front of a church.

Public distrust amongst the police and government is at an all time high, and Mr. Trump isn’t and definitely shouldn’t be exempt. Trump has infamously tweeted; “when the looting starts, the shooting starts,” in reference to a political civil rights crackdown on young African Americans in 1967.  The tweet has also subsequently been flagged by Twitter, further escalating tensions between Trump and the social media company.

As protests continue nationwide, either peacefully or violently, the main cause should never be forgotten. The African American community is tired of the decades long of oppression and brutality that they’ve encountered from the police. They want change, and they want reform. The police can choose to respond aggressively, or they can take a stand with the protesters. They can demonstrate that they support and are on the same side of the protesters. Responding to force with force won’t work, but listening and understanding peacefully might.