Opinion: The Stakes Have Never Been Higher 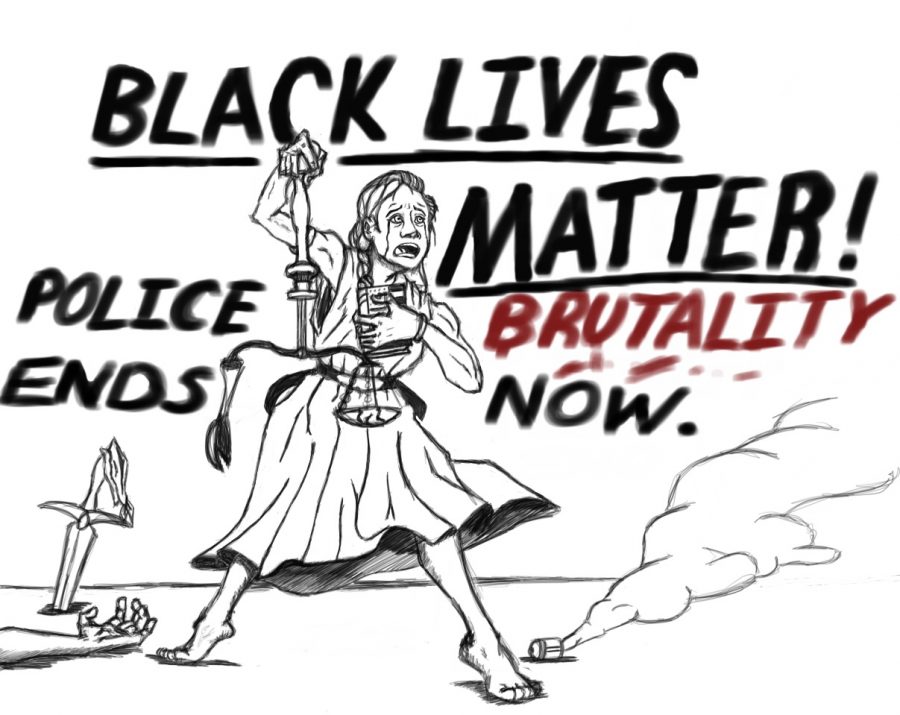 Ladies and gentlemen, we are hurting. The nation is hurting because of the immense tragedy that was George Floyd’s death. The whole country witnessed one of the most disgusting and atrocious abuses of power, by the very people who were sworn to protect and serve their fellow Americans.

How degrading does it have to be, to be held down like an animal? To spend those precious few minutes, not with friends and family but at the vile hands of a racist who has no respect for the gift of human life? This is an unacceptable abuse of power and the punishments for these kinds of crimes must be severe. Yet in the past we have seen no justice for these acts of callousness and cruelty. Because officers are not held to an ounce of accountability we have seen these national wounds—fester and boil—for decades? unanswered.

However, we as citizens of the United States can no longer endure such horrendous acts and as a result, we are protesting and urging for change within our corrupt and decrepit institutions.

Even then, as the masses yearn for change they are met with yet more violence by law enforcement. The institution that is supposed to protect us, instead douse us with all manners of life-threatening substances. From the chokehold of tear gas to the debilitating punches of rubber bullets we have yet to see the limits that these false servants will go to commit crimes against humanity. And while the country burns, our President refuses to acknowledge the cry of the nation.

As the streets fill with the chants of  “I Can’t Breathe”, Trump continues to prepare for his 2020 presidential campaign by posing in front of a church who doesn’t accept him. He screams “Thugs! and Looters!” while the protesters actively hunt down those who seek to take advantage. Make no mistake. We have, sitting in the office right now, a President who willingly uses the military and federal forces as his personal attack dogs in order to quell the hearts and minds of patriots.

If this isn’t the erosion of the American Constitution then I don’t know what is. Trump’s authoritarian tendencies are tearing this country apart and dividing us. But I still have hope for a brighter future. Do not forget who we are. We are the champions of democracy, the country that parades the ideals of equality, liberty, and prosperity. America has endured for now two centuries and I know we can soldier on like we always have. However, if this great nation is to rise again we must change. It must start at our institutions. For if police brutality and the ghosts of our nation’s past aren’t stopped, then we have failed to unite this country.

Fellow Americans, I understand that this piece may seem like a huge inconvenience to you, but I hope you understand that I write this from the bottom of my heart. America is a country that I deeply love and care for. I want to see its continued success against the evils of authoritarianism and fascism. For if it fails, then no one is safe from the darkness that is hatred and division. And for this hear me out – if we do not begin to take our freedoms seriously, we risk losing the very foundations of which our government was built upon.

So take to the streets if you can. Scream with all your might against the injustice that is present everywhere you go. And although we may be scarred by the evils of the past, scared by the events of today and fearful of what’s to come in the future – remember that change can start with just a nudge in the right direction.

Thank you for reading this. My brothers and sisters, stay strong and vigilant.