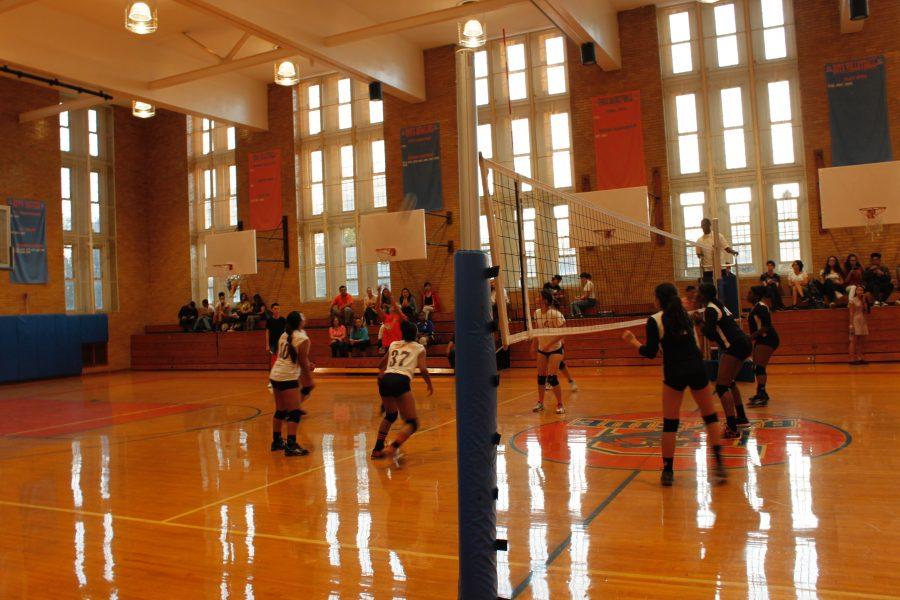 In a harsh battle, the Lady Patriots of Francis Lewis secured a 2-0 victory against their rivals, the Lady Judges of Cardozo. With multiple PSAL championship titles, it’s optimal to express the idea that the Lady Judges are one, if not, the best Girls Varsity Volleyball Team in the city.

Throughout the first game, both teams attempted to secure a point by every millisecond. By having everyone on the court participate in a rally. It was evidently shown that both teams wanted to win. However, the Lady Patriots of Francis Lewis were able to prosper with a 25 – 21 win.

“Cardozo is probably the best team in the city, because they’ve won a numerous amount of tournaments,” said Mr. Rosenbaum, the coach of the Francis Lewis Girls Volleyball Team. “I think that it’s very promising to be able to compete with them, and get the victory this time. Because the last time we played hard as well as we did our best, but they did beat us the first time.”

Rosenbaum perceives that this win has motivated the entire team to where each player has developed a prosperous mindset once playoffs come.

“I think we did great today,” said Diana Bradica, a middle hitter on the Francis Lewis High School Girls Varsity Volleyball team. “I think our only weakness is our defense. However, I think we pushed really well today.”

Rosenbaum expressed hope that this win was a sign of future successes.

“The last time we played hard as well as we did our best, but [Cardozo] beat us the first time,” said Rosenbaum. “I think that’ll put us in a good shape when the playoffs come.”