Coming Soon To A Zoom Near You: SING! is back! 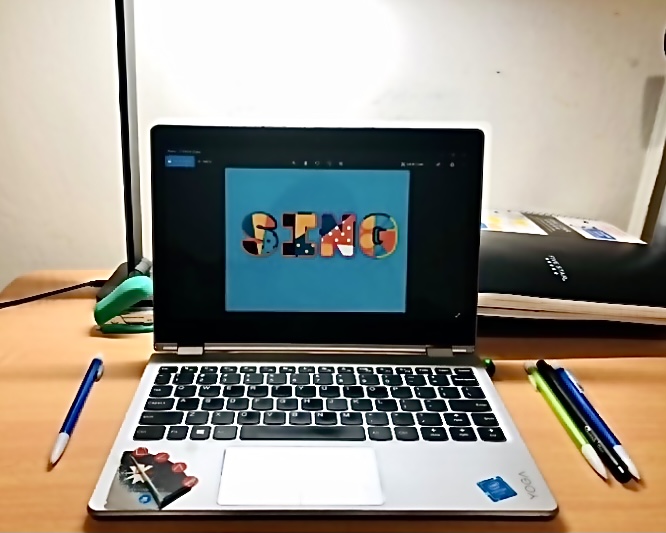 Lights, camera, action! SING! productions have been set to be reimagined over Zoom. COVID-19 has had a significant impact on the way students collaborate for special projects. However, this annual musical battle tradition is not going to be put on pause. Students will have a new environment to adapt to, which also means new expectations. Students are planning to come together to showcase their musical abilities set to happen in March through an entirely new platform.

A blended experience complete with pre-recorded videos will be mixed on animation platforms, including iMovie, Animaker, and Animoto. After all the videos are put together by each team, Sophmen, Juniors, and Seniors, the show will be presented live on Zoom. If the amount of attendees watching exceeds the limit, the show will move to YouTube for the extra watchers.

“We are making it work, we’re going to have a couple of “live-action” clips,” said Sophmen Commissioner Gianna Nicoletta. “Instead of the show being on stage and live as it usually is, we’re doing a cartoon with more of a voice-over acting style.”

The main challenge right now is finding methods of production and putting everything together online. Groups are meeting one to two times a week to bounce ideas off of one another and to test out different presentation platforms.

“Each team has a unique Zoom code and Google Classroom. Advisors and Senior commissioners meet with their teams weekly and utilize features, like breakout rooms, to have student groups work efficiently,” said SING! Director Ms. Wenk. “Commissioners use Google Forms for group votes, directors use Google Classroom for announcements, and teams use Zoom to share ideas.”

While certain roles are bound to be taken out when working on a completely remote production, adjustments have been made to preserve the integrity of the show. For example, backstage coordinators will be replaced with visual media editors. The visual media editors will go over the videos to make sure that the end product will run smoothly and there are minimal bumps during the live stream.

“We’ve added the roles of editors and communications within the show production as it will be something we’re going to need throughout our time doing SING!,” said Nicoletta.

Due to the nature of our circumstances, SING! meetings aren’t as frequent as they used to be. However, members have found new ways to make sure they have adequate time to put on a strong performance.

“Although we wish we could put on an elaborate performance in person, the members of SING! have been working hard on Zoom to put on a creative virtual performance, including cool transition slides, mashed up clips of the singers and dancers, and an animated skit,” said Junior Commissioner Sivana Shulman.

Typically, the winners of SING! are determined by a panel of judges after all groups have presented their skits in person. This year, SING! teams will submit a complete mp4 of their show in advance. SING! will be hosted and judged live with an audience in early March. Winners and commissioners for next year will be announced live!

“The audience should expect the same, if not more, creativity from all three shows,” Shulman said. “All the shows will be pre-recorded and played on Zoom on performance day, but there will be some live parts, like when the Commissioners introduce our teams or when the winners are announced.”

SING! is currently scheduled to take place on March 11th and show updates are being posted on the @flhspatriots Instagram account.

“I’d like to say thank you to our SING! team advisors, commissioners, and members,” exclaimed Director Ms. Wenk. “They have all worked so hard and I hope everyone can attend SING! and cheer for your grade’s team! ”