“If Anything Happens I Love You”: Francis Lewis Reflects 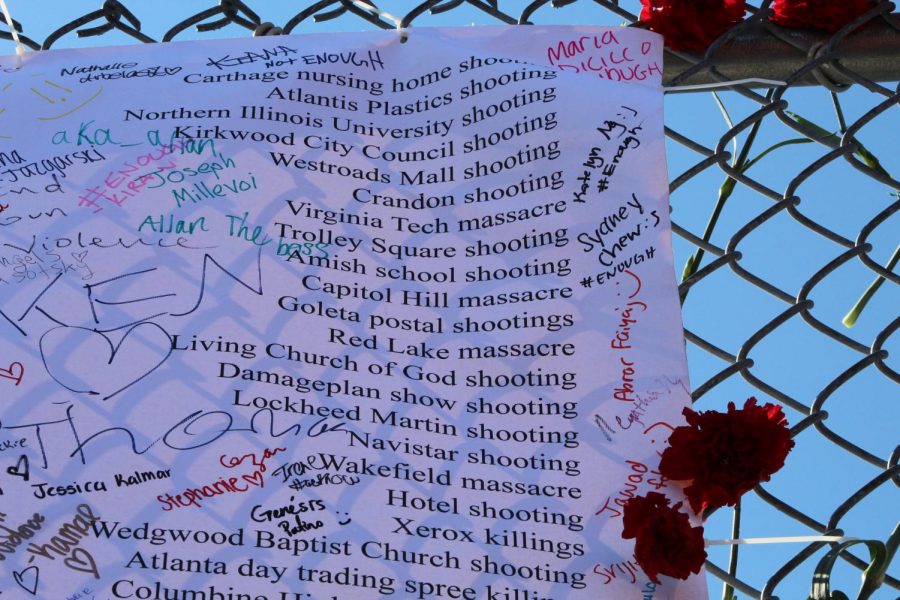 A new film titled “If Anything Happens I Love You” has sparked recent conversation on the basis of school shootings in America.

“If Anything Happens I Love You” is an American animated film directed by Will McCormack and Michael Govier that presents two grieving parents who experience an emotional journey whilst mourning the loss of their daughter due to a school shooting. The film gets its name from a scene that depicts the daughter sending her final text to her parents before getting killed, it being, “If anything happens I love you.”

The film is inspired by real events, such as the school shooting at Parkland Florida in 2018, which further ignites the strong emotions that some may have towards the attacks. Some students at FLHS shared how the film made them feel, reflecting on how they personally respond to cases of school shootings.

“Personally, the way that I react to cases of school shootings is normally a shock of reality,” said Catherine Herrera, a sophomore at Francis Lewis. “I sort of question whether or not schools are even safe for us children to attend.”

However, according to a survey conducted by Pew Research Center on the sentiments of students regarding school shootings, this point of view is not solely Catherine’s. Many students and parents also feel that school has become unsafe. Based on the survey, fifty seven percent of teenagers overall are worried about the possibility of a shooting occurring at their school. Students have begun to question the effectiveness of protocols for school shootings and lock down drills.

“Just because you turn off the lights, it isn’t gonna make someone walk away and say, ‘It’s Wednesday at 11 pm, guess no ones here because all the lights are off,’” sophomore Alexa Marmolejo said. “It doesn’t work.”

Just before the attack takes place in the school and loud gunshots could be heard, numerous people have noticed that the film features an American flag towards the entrance of the school building, one of the few colorful aspects included in the film. The mention of this has inclined many people to reflect on the frequent issue of school shootings that need to be addressed in America.

“[The film] does not signify that [school shootings] are an issue worldwide,” Algebra II and trigonometry teacher Ms. Zhou said. “This is a thing that we really need to create more awareness [towards] and find the best solution to it, here in America.”

Furthermore, some students at Francis Lewis believe that they are prepared for school shootings, just in case it were to happen to them.

“I have always been aware of my surroundings, areas of where I can hide just in case,” Herrera explained. “Or, just objects that I can use as weapons to defend myself if I was in a situation.”

Teachers have also explained their procedures for potential school shootings, such as lock down drills and how some students handle them.

“Before COVID-19, while we were having these drills in school, I do not think that they [students] were taking it seriously,” Ms. Zhou said. “They don’t feel that urgency.”

Solutions have even arisen of how to decrease the cases of school shootings or even prevent them entirely to make school a safer place for students and staff alike.

Ms. Zhou offered words of hope and encouragement of what can be done to make schools safer for everyone.