Faced with growing political polarization and a promise to heal the "soul of the nation", can president Biden reunite a divided America? 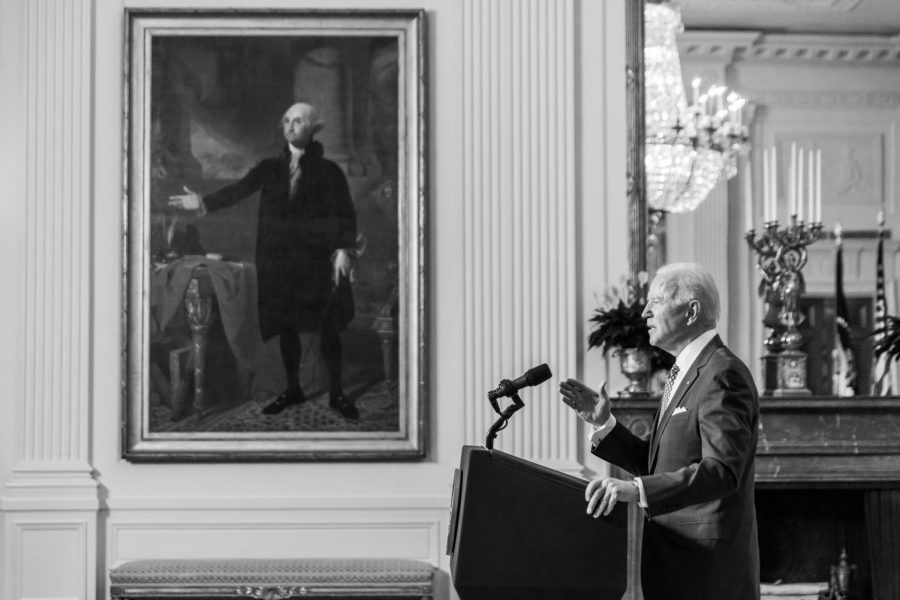 After 4 tumultuous years of fragile democracy and a growing partisan divide, the American people have chosen Joseph Robinette Biden Jr. to serve as their 46th president. “Bringing America together” was perhaps one of the most famous quotes from President Biden’s inauguration, as well as a long-term campaign promise. Now that his party (the Democrats) control both houses of Congress, and the presidency, can President Biden actually work to shrink the growing partisan divide, which over the past 4 years under Donald Trump’s presidency has caused so much chaos, disruption, and mistrust?

Political division, also known as political polarization, is nothing new to the United States. Ever since its founding, the country has been divided into factions of opposition ideas; from those that supported slavery, to those that opposed it. This continuous divide has shifted throughout the years, leading into the big two ideologies dominating American politics; conservatives and liberals. 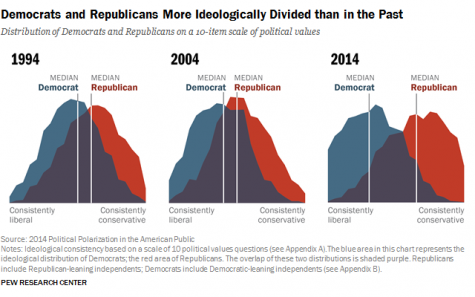 According to the above graph created by the Pew Research Centre, American politics have become increasingly polarized throughout the years, with both Democrats and Republicans shifting further and further away from the middle. This divide however, has generally had a negative effect on politics. Increasingly, polarization has rendered congress and the federal government “useless.” With both parties refusing to compromise on key legislative issues, virtually nothing is getting done on Capitol hill (we actually saw this scenario play out during the Obama administration in his 2nd term, with a GOP-controlled Senate blocking anything and everything.) But now that President Biden is working with a Democratic-controlled congress, there is a chance that progress can actually be made.

Traditionally a moderate-liberal, President Biden has long campaigned on bipartisan policies, and has called for a “healing” for the nation and the American people.  For example, on January 19 Biden tweeted, “Tonight, in Washington, D.C. and across the nation, we came together to honor the over 400,000 Americans we’ve lost to COVID-19. The last year has tested us in unimaginable ways, but now it’s time we begin to heal and overcome — together.”

It’s also worth mentioning that President Biden’s cabinet is possibly one of the most diverse cabinets in history, if confirmed by the U.S Senate, which is currently controlled by the Democrats. Given the current state of the pandemic and a need for a strong cabinet, President Biden’s cabinet nominees have also seen strong bipartisan support, with Lloyd Austin (Secretary of Defense) receiving 93 votes, and Anthony Blinken (Secretary of State) receiving 78-22 votes.

Although successful in his cabinet nominees so far, President Biden continues to face paradox of the upcoming impeachment of his successor, Donald Trump. For many of his closest advisors, including President Biden himself, supporting the impeachment proceedings could potentially go against his agenda of a “unified America”, while not supporting the proceedings could potentially backfire amongst some Democratic allies in Congress when it comes to passing President Biden’s policies.

While Democrats maintain control of congress, the party still needs to plan its moves strategically, especially with the reality of a Trump-era imprint on America’s judiciary system. With a 6-3 majority, 3 of which were appointed by former President Trump, conservatives continue to have a solid control of the Supreme Court, along with multiple federal judiciary positions. A potential threat to Biden’s relatively progressive and ambitious agenda, the president will need to carefully plan his administration’s executive orders.