Learning to Recycle, One School at a Time.

Throughout the hallways of Francis Lewis, numerous recycling and trash bins are placed for students’ convenience.

“I constantly see students mindlessly throwing away trash into recycling bins as they walk down the hallway and vice versa,” said Soo. “When I look inside the recycling bins, more than three quarters of the items inside aren’t even recyclable.” 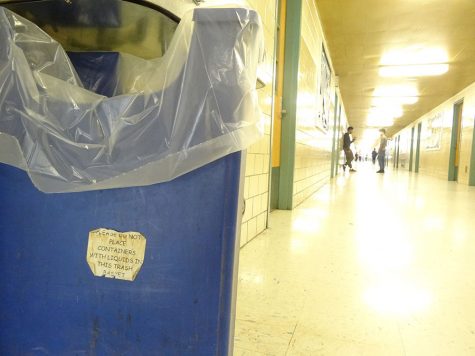 It’s important to understand that although there is no official recycling policy at Francis Lewis, misplaced water bottles and papers are not sorted out by the school’s custodians. This misplacement can lead to everything, including  recyclable products, to be considered garbage.

“Once a student places a recyclable into the garbage or a non recyclable into the recycling, it’s contaminated; it’s garbage,” said Gary Chiappetta, a custodian at Francis Lewis. “We do not and are not expected to sift the recycled products from the actual garbage just because students placed it in the wrong bin.”

This can be especially problematic in the cafeteria, where only large garbage bins are available for students to throw their stuff away. Inside these grey garbage bins, items ranging from food to papers and water bottles cluster together.

“At a school with over 4,000 students, it’s extremely wasteful to throw the thousands of paper we get everyday into the same bin as food,” said junior Gabriella Ng. “This means that all the recyclable products inside these garbage bins are thrown out instead of being recycled, which eliminates the possibility of cutting down produced waste and reducing our carbon footprint.”

Unfortunately, enforcing a recycling policy at Francis Lewis is not as easy as one might think. Previous attempts at enforcing one through clubs such as the Recycling Club have had disastrous results.

“For there to be a recycling policy, it would be have to be through student initiative,” said Principal Dr. Marmor. “The school administration, including myself, does not have any authority over garbage.”

“In the past, we have had a student run program where students collected hundreds of plastic bottles. However, the plastic bottles were left in plastic bags in the classroom and we wound up getting a lot of cockroaches and mice because of the sugar that were in some drinks.”

Some suggest that Francis Lewis combat the issue of recycling and encourage more students to recycle by placing additional recycling bins throughout the hallways.

“I think that adding more recycling bins would help, because the people who are mindful, which are the majority of students, would make the effort to put things in the proper bin,” said science teacher Dr. Cohen. “Along with a financial benefit with the bottles, recycling can teach students to be better citizens.”

Others believe that adding additional recycling bins around the school will not help. Another alternative they suggest is to put up more posters near the bins or have a short lesson on the difference between recyclable and non recyclable items. 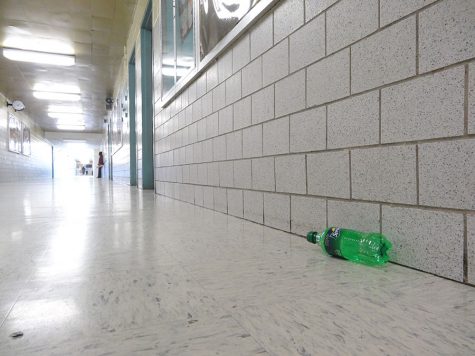 “I feel like people who litter are just going to continue to litter,” said Soo.  “Also, some students may not be able to differentiate between recycled and non recycled items. Posters and lessons can help students learn. Most students do understand the importance of recycling, but are just too lazy to recycle.”

If the students of Francis Lewis were to enforce any of these suggested ideas, they could possibly make both Francis Lewis and the world a cleaner and greener place to live.

“If students are mindful of what they do, it could have a global impact and also be beneficial on a conscious level,” Dr. Cohen said. “Together, we can teach people to be better citizens.”