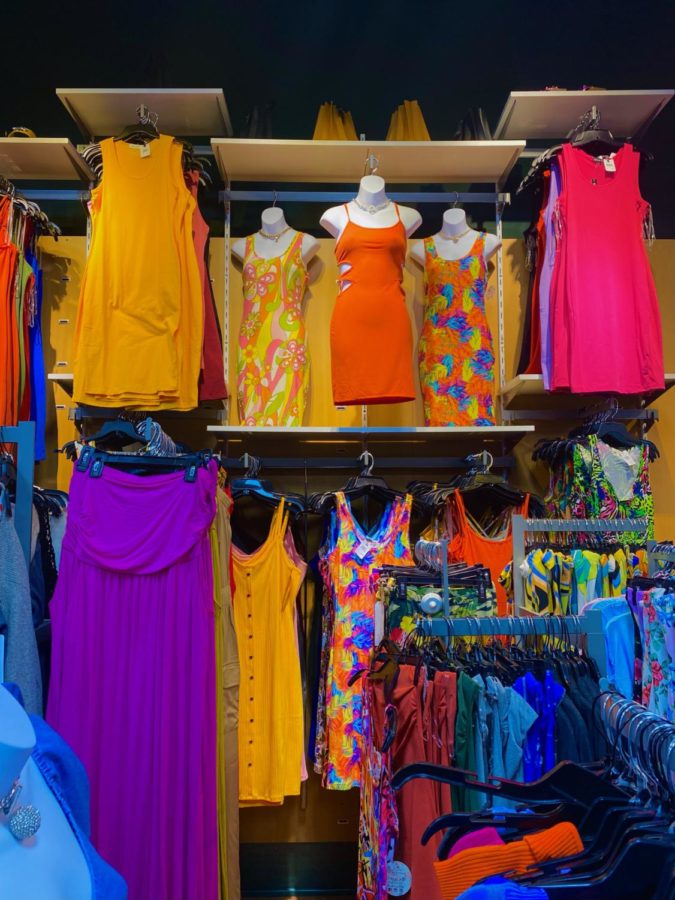 Over the past few years, as social media platforms such as TikTok and Instagram have gotten more popular, certain fashion trends from the late 2000s (Y2K) have resurfaced. Styles such as flare pants and mom jeans are worn and promoted by influencers all over the world, being spread through social media posts and looking more appealing to others. Most trends come back every twenty years assimilating with current styles to create new ones altogether.

According to Rebecca Jennings, a reporter at Vox, there have been many trends floating around this year with social media playing a prominent role in these creative forms of self-expression. She refers to this as TikTok Couture.

Social Media is one of the main reasons for the comeback of Y2K trends. Young adults and teenagers constantly posting with these outfits spread awareness in the fashion community and make others want to join in on trends and buy what is currently in style.

“I do think that Y2K is definitely resurfacing,” sophomore Claire Grumbacher said. “I’ve seen a lot on social media and I’ve also seen a lot in stores. I think mainly it’s from social media. You definitely see mainly big influencers doing it and then I feel like stores later on copy from it but yes, it’s coming back.”

Recently more brand name stores have adopted these styles as they have seen the rise in demand for clothes relating to Y2K fashion trends. Mouchette mentions that she has seen many stores selling these clothes including Pacsun and Urban Outfitters, and has even seen “apps such as Shein and Ali Express replicating this style in their clothing.”

“They started selling more of it you know,” Grumbacher said. “Before, it wasn’t really like that. A few years ago everyone was all about skinny jeans and now the looser your jeans are, the better. They definitely try to keep up with what’s going on.”

Fashion can also be a way for individuals to express themselves and have more confidence. When speaking with sophomore Laura Betancourt, she mentioned that fashion is how she identifies with herself and helps her “stand out as an individual.”

“I definitely would say that fashion is a way to express yourself,” Grumbacher said. “I feel like if I couldn’t wear things that I liked, I’m less confident that day or I just don’t feel like myself. It’s definitely a way for self-esteem and how you feel that day. I feel like my mood sometimes depends on if I’m wearing something I like you know because that’s what I’m trying to project.”

The return of these trends is very controversial. A majority of people may love it but some also may hate it or at least some aspects of it. When asked how she felt about this, Grumbacher expressed that she loves the simplicity of Y2K style and that it’s “kind of like the whole aesthetic that’s attractive and appealing and you can just wear something plain and it’s considered Y2K.”

“I don’t know, I feel like there’s some good in Y2K; there are some really good trends and then there are just weird ones like the feather one,” Grumbacher further explained. “Some parts of it are good and I think it’s cool that it’s kind of coming back but it’s more simplicity but then also sometimes really complex, so I genuinely like that it’s coming back.”

“I feel like a lot of people take old tv shows and get inspired from the characters that are there,” Betancourt said. “They just start wearing it and put it online and it becomes a whole thing. I like it because we’re bringing back trends that people already are I guess comfortable with and we’re mixing them with our clothing now and stuff so it’s modern but also old style.”

“I definitely do think older trends are coming back and I don’t think that’s a bad thing,” Grumbacher said.