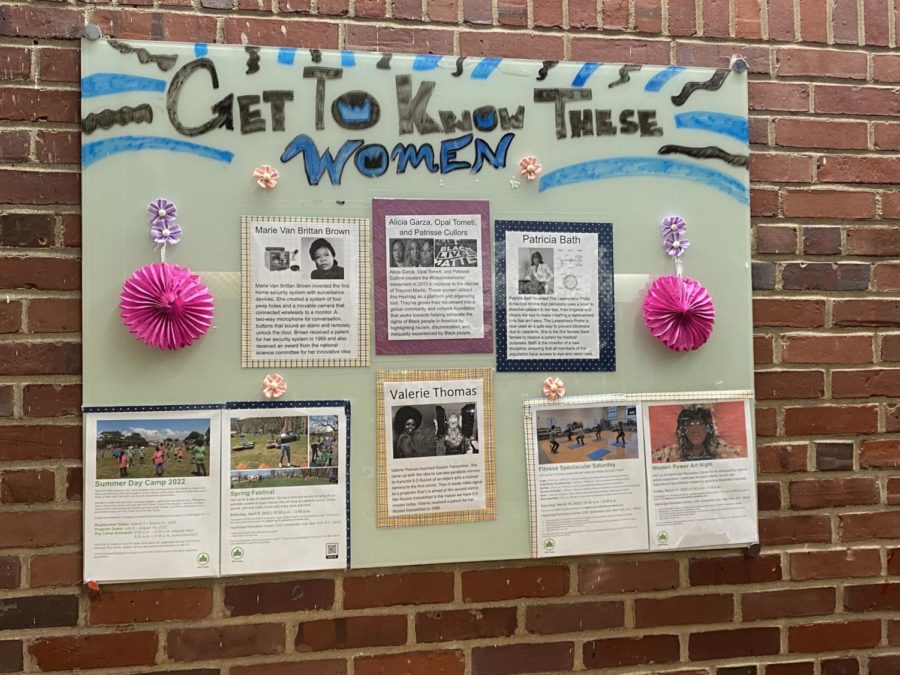 A bulletin board was made to commemorate the achievements of women.

A table had been set up in the middle of the lobby, at Highbridge Recreation center covered with a green New York City table sheet. The shouts and the sounds of dribbling slowly echoes as men play basketball in the gym next door. Ladies of all ages sit at a table, overflowing with colorful materials to create art work of women they envision themselves as.

On March 11 an event was held in Harlem, Manhattan to honor Women’s History Month at Highbridge Recreation center. The event had various activities that participants could choose from including painting, decorating, and overall embracing the ability to utilize their own creativity and projecting it on their artwork.

“It is fun to work with other people and just experience other people’s energy and do something out of the ordinary,” participant Paula Winter said.

Host Susana Corniel seeks to further empower women by creating art that depicts them. Her goal is to have more inclusiveness in what a woman should be perceived as.

“I get my event is about decorating women but it is more to acknowledge all women because we have people that can come here and envision who they want to be,” Corniel said. “It is more of a self-love event. There are certain things that we can’t do to ourselves but at least we can do it to others. This event is to also bring acknowledgement to things women invented and things women have actually started.”

When asked about their opinion on celebrating Women’s History Month, there were different responses among participants.

“I guess it’s a little ironic that they set aside a month to talk about women’s history because it should just be incorporated in our normal daily lives,” Winter said. “I have mixed feelings about it. It is wonderful that women are being acknowledged for their roles but resentful that it’s only one month.”

The event’s objective was to empower women by allowing individuals to construct their own visions of what a woman should look like.

“Women are beautiful and everyone has their own vision of what a beautiful woman is,” Corniel said.